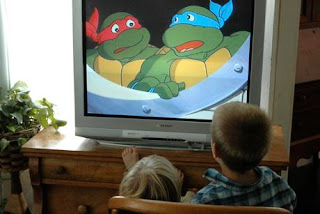 It's been a while since we had some visual spirituals, but now I have a plethora of tracks that blow the casbah sky high, so let's give work the forks and watch them together like old times, yeah?

First up is another recording from those amazing cats over at They Shoot Music, Don't They? This time the aural offender is Lower Dens, chilling out in Barcelona after some down time from the Primavera Sound Festival back in May, playing some semi-acoustic toons in a square...with a friend in support(I TOLD you there was a Deerhunter connection today!) The two tracks here are 'Candy' and 'Nova Anthem', and it is, as is to be expected, pretty darn amazing.

It's great to hear that garage-trippers Jeff the Brotherhood are winging their way down to Australia in January (even if it is for the Big Day Out - sigh...), and they will be raring to rip into their new material off Hypnotic Nights. I heard someone at Splendour In The Grass on the weekend say that the album sounded like Weezer "or something like that where I'd enjoy it as a teenager but not give a shit when I grew up." Hmmm... Not sure what kind of a comment that is. Anyway, 'Sixpack' is slick and a lot of raucous fun. And yes, this track sounds a LOT like Weezer - even more than usual.

OFF! kicked off a triptych of video clips with the board spinning meltdown of 'Cracked', and now here are the final two-thirds of this "opus". Both starring Dave Foley (Kids In The Hall), the songs are 'Borrow & Bomb' and 'I Got News For You', and the clips encapsulate dodgy community television so well that I cannot believe that Teen Talk isn't the real deal (the look on Foley's face at 2:00 is priceless).

Finally we have the claustrophobic band clip for 'Scum', Brissie degenerates Slug Guts' single from their new Sacred Bones-endorsed LP, Playin' In Time With The Deadbeat. It's a typically Slug Guts song really, which means it is pretty damn fine. They may not reach the heights of the Aussie reprobates that they idolise, namely Venom P Stinger and Feedtime, but they give it a red hot shake, their feverish dirge never sounding more genuine.