Shoegaze Is Not Well Lost

Last year I posted a couple of tracks from a band from Tel Aviv called Vaadat Charigim (Hebrew for Exceptions Committee). They released their debut LP The World Is Well Lost back in July, and I've had it in my possession for longer than that, but have held off due to trying to get a feature off the ground concerning underground music in Israel and Palestine during wartime. That as yet remains a work in progress. But I cannot hold off on this album, because it's just too damn good.

Originally slated for global release on Anova, Warm Ratio (vinyl) and Burger Records (cassette) back in July, The World Is Well Lost is finally earning a worldwide guernsey in November 12. Ten tracks of woozy, intimate shoegaze, assuredly precise, offering tempered squalling, tempered moods, and tempered vocals. That's not to say that the trio fail to rise above the calm - the calamitous outro to epic nine-minute wonder 'Kmo Lahzor Habaita' is killer. There is no need to understand Hebrew (though it no doubt helps) to revel in the raucous beauty of 'Haolam Avad Mizman' or the nostalgic miasma of lead single 'Ze Beseder Lefahed.' The end result is something that is both alluring and intoxicating. You get this is what Yuck wished they could cobble together, let alone deliver it with true earnestness and finesse. Fine stuff indeed. 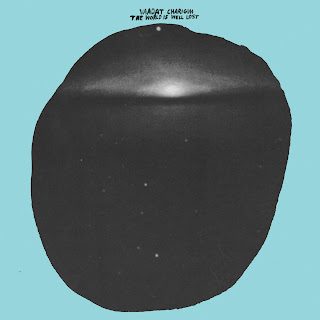 You can buy The World Is Well Lost here.