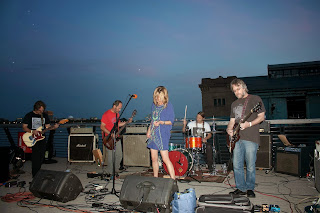 I finally got to see Philadelphian psych lords Bardo Pond a couple of months ago, and it was as mindblowing as I had always expected - Isobel Sollenberger was spellbinding; the Gibbons brothers were killer, undulating and weaving in and out of each other's guitar strokes; and watching Clint Takeda on bass was the closest I've been to zen without extensive narcotic use.

I thought that, combined with their Record Store Day EP Rise Above It All, would be enough to sate my Bardo Pong thirst for the year; but upon finding out about the imminent release of a new BP record, I realised that such a thirst can never be quenched. What's even better is Peace On Venus is just as killer as you'd expect, and is the best thing they have created since Ticket Crystals. The album is stripped back and crystallises into the most base of riffs, grooves and psychedelic jams. The true key is the musicality of the band as a whole; whilst Sollenberger is a bewitching presence at the front, her voice and flute otherworldly, the rest of the band are measured in finding space amongst the coalescing noise; providing a cacophony in the gaps and silences. Each listen gets better than the last, and with the songs recorded live as a full band, it truly captures the Bardo Pond experience.  And finally I know what that is. 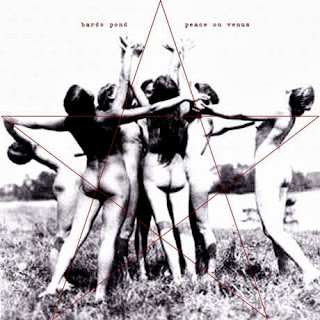 You can pre-order Peace On Venus here.