Hits From The Box #75 - Jumping For Victory (The Recovered Version)

We finally have a winner! Didier Goudeseune managed to find the mysteriously missing Hits From The Box segment from yesterday! Thank you so much! And without further adieu... 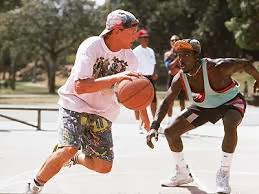 So I do a lot of things. My parents constantly complain about my burning the candle at both ends. And true, sometimes things get a bit over the top crazy, the jobs and deadlines and expectations teeter like a Tower of Babel made out of Jenga blocks. But it's 99% worth the stress and hassle. Like on the weekend. I coach a teenage basketball team. I know that white men can't jump - Wesley Snipes told me so - but an undefeated season is nothing to sneeze at. I am pretty proud of the boys, even though most of them listen to Drake or Pusha T. They put up with my jokes and train hard, and it pays off. So today's Hits From The Box is all about killing it - victory. And rest assured, there will be no Drake/Pusha T bizniz up in here. 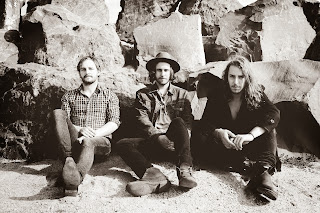 Melbourne bruisers White Summer are taking the blues grind and crush it into the ground with aggression, making The Black Keys cower in their customized Converses. 'Head In The Sand' has a insidious bass line that hooks you through the verses, even as we can feel the tension ratchet up - then the brutal crunch of the chorus takes the song into heavier territory. It's headily impressive, and a welcome introduction to a promising act. 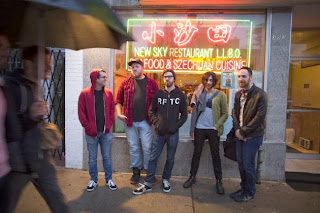 Neon Windbreaker are ugly, garish things, which is why this Toronto five-piece have picked the right name then. They dish out Pissed Jeans/Bronx-style vitriolic hardcore punk that melts your face off whilst making you laugh, cry and spit blood. They are releasing a new EP in the form of New Sky (which clocks after after SEVEN MINUTES), and are playing in London tonight at Birthdays - it's definitely something that you need to get to if you are in town (and seeing as I know people that basically live ACROSS THE ROAD from this joint, they better get down there and thank me later...) 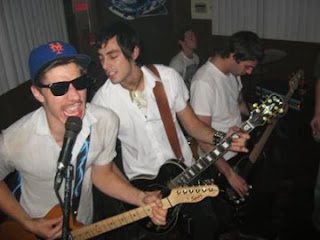 Now we're going to more barroom rock with Liquor Store. The New Jersey band throw everything at the wall, all flailing hair and smashed whiskey bottles, feedback outros and screaming fist-pumping anthems. Imagine Japandroids and Titus Andronicus formed a band together dedicated to covering The Hold Steady covering The Boss covering MC5, and that's Liquor Store for ya. Sweaty, boozy, jump-out-of-your-skin fun times behind the barbed wire fence. In The Garden is their second record, and if these tracks are any indication it's absolutely killer. Get behind these reprobates and rediscover rock and/or roll. 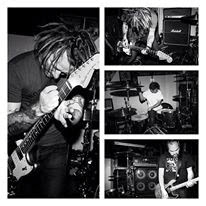 Ramps are a new Sydney band that feature members of the likes of Further, Sounds Like Sunset, Massappeal and Downtime - and yes, their debut EP Joe is as raucous as you'd expect. 'City Hands' plays like a sludgier Black Level Embassy; '70s Moustache' offers a 70s riff and jams it into the bowl of Fu Manchu; 'Full Hot Orator' tempers the two. Its angry, dark, angular, riff-heavy, and as delectable as that cup o joe first thing in the hungover morning. They are launching the EP November 8 at the Town Hall Hotel with Yes I'm Leaving - so you know how that's gonna turn out... 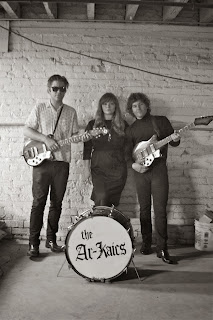 The Ar-Kaics are from Richmond, Virginia. They play garage rock with a heady dose of The Animals injected into their soul. Their 'She Does Those Things To Me' single is one of the most basic songs ever written, and yet it makes me want to down beer, jump around and lick someone on the face. Doesn't matter what time it is, I want to do all these things. Then when the last chord fades out, I forget myself, and feel ashamed...until I hit play and it happens all over again. This band is an illicit drug. Give me more. You can grab this on their 7" that is out through Speakertree - apparently they have an album out too from earlier in the year, might have to hunt that sucker down. 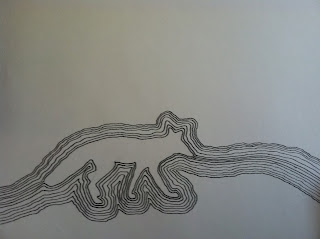 Now, Faux Fauna certainly stands out of the crowd today, especially seeing as it has nothing to do with heavy riffs and garage tiffs. But I have been a big fan of Noah Berman's solo stuff for the best part of twelve months now, and thought I needed to pay it lip service because it seriously kicks arse, so I see it as the perfect closer - the victory lap. Started as an attempt to emulate the simplistic-yet-intricate stylings of Why Oak, Faux Fauna produced Krittre, an EP of fuzz, allure, dreamy attraction, and sandpaper malaise - you drift along, rudely drawn back to earth with abrasive noise, before being set free once more. These four songs came out of a potential 170 demos (!?!), so there is plenty more where this comes from it seems. This tempering of the senses keeps Krittre centred, and keeps me coming back for more.