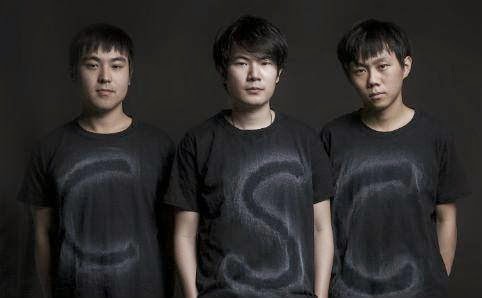 I never thought I would see Carsick Cars. The idea of a Chinese no-wave inflicted guitar rock band even existing seemed unfathomable – but to see them hit the stage at Woodland back in 2012 felt like a heady hallucination. A true caterwaul, but one that felt imbued with real, honest and earned anguish. I hope to see them play again.


And if they continue to produce albums the calibre of 3, I reckon there's a hot chance that I will. It's been five years in the making, and the shift in sonic aesthetics is palpable. There is a stronger jamming vibe to these songs, and whilst the Western musical appropriation has always been evident in their abject love of Sonic Youth, 3 is littered with much further-reaching touchstones. I felt like 'Wei Cheng' was a mix of The Kinks and The Clean, all sunny, ebullient and crisp in execution (unbeknownst to me, The Clean's Hamish Kilgour actually produces this record alongside Peter Kember - yep, Sonic Boom). 'Fifteen Minutes Older' sounds crafted for Doug Martsch's inner ear only, so effortless is the tightly wound yet effervescent guitar pop carved out here. 'The Best VPN So Far' was pummelling in the engine room, the drums rolling forth like a harbinger of giants of yore, whilst the anguished growl of the guitars were of the netherworld - yet all was evocative of something positive in nature, regardless if experienced through headphones, stereo speakers or in a stadium. It's the pop strains that are stronger; the motorik seam richer; the psych permutations more striking. This album deserves to be heard by EVERYONE.


But that isn't enough - Carsick Cars just finished a Stateside tour with Minneapolis' psych-drone outfit Flavor Crystals (whose own newly released album is eerily called Three), and have a split blood-red 7" to stand as a marker of their time together. It was crafted for Record Store Day, but is now available to all (both releases are available here in Australia thanks to the inimitable Tenzenmen and Geijing Records). The Chinese trios contribution is 'Yoko' and is a perfect slice of rollicking guitar pop, the drums and organ effects driving the song at a frantic pace - Guided By Voices in hi fi. Flavor Crystals' effort is 'Mirror In My Mind', a much more wound-down, stargazed effort - the band has also recently toured with Brian Jonestown Massacre, so that gives you an idea into what psych realm we are drifting into. It's a great piece of Krautrock-inflicted glide, but the effervescent strength of 'Yoko' undercuts it somewhat (although if you dig Spacemen 3 - which I do a lot - you could take the split from the other side of the fence too...) Its still a must have though - both tracks a perfect exemplar of their oeuvre.


You can buy both releases here and here.