Sonic Masala Festival Artist Spotlight - Barge With An Antenna On It 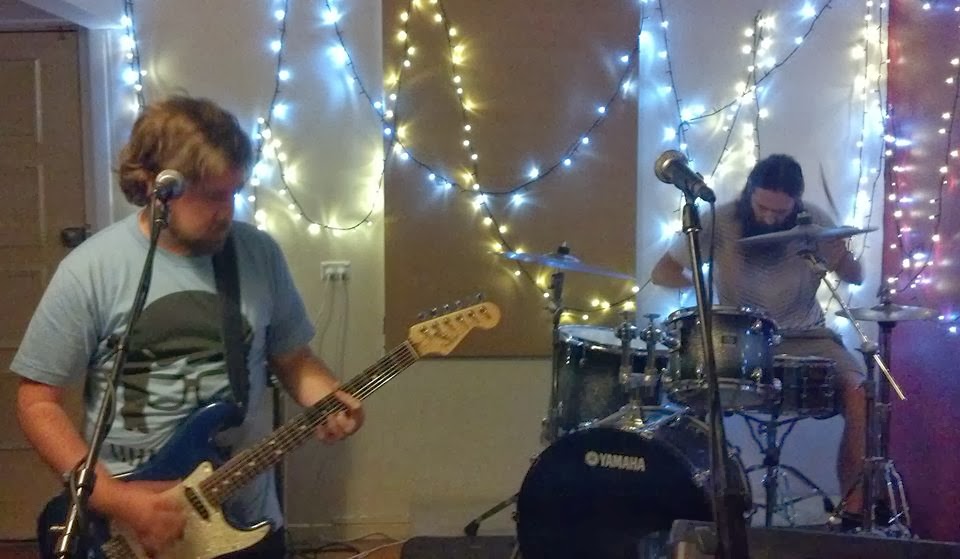 BARGE with an antenna on it are genuine Sonic Masala favourites. These two dudes have such a straight up respect for the noise that they make and the way that they make it. It's loud and pushed and repetitive, and it's subtle and restrained and surprising. It's also clear that they do it because they just want to. They don't really care who's watching. Thankfully, we have dragged them away from their jam room for long enough so that we can. Here are a few scratchy demos, although they do the boys nowhere near enough justice.

The demos above and below, as well as a few others, have been reworked in Incremental Studios with Cam Smith a day after their electric set they played at another Sonic Masala show, this time supporting Gazar Strips on their EP launch (I wasn't the only one who thought so). The tracks will appear on an unyet-named 12" split on Sonic Masala Records - more as that comes to light. As it stands, you must catch these guys at the Festival - they promise to be one of the highlights.

Email ThisBlogThis!Share to TwitterShare to FacebookShare to Pinterest
Labels: Andrew Tuttle, BARGE with an antenna on it, Sonic Masala Festival