Total System Shutdown Is Typically Out Of Control 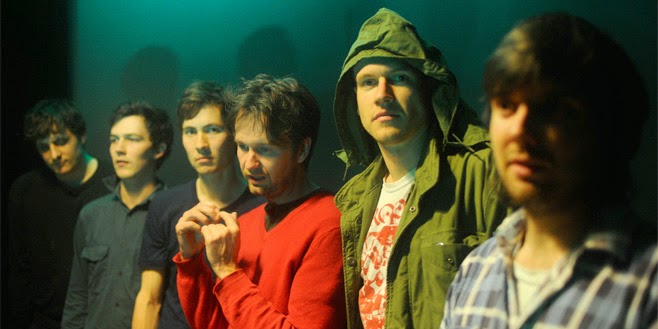 Bosses in the ‘80s had it easy; powder blue suits, cigars, Huey Lewis, helicopters and shit. Total fucking self-obsessed bliss: lines, all highs, no looking down, lines, synthesisers, lines, keeping track of how much of the world they just wrote off for cash, lines. None of them would have had a chance on the Voight-Kampff machine.

It’s not so easy now. But that’s made things worse in a way – it’s harder to spot the string they pull you along with. The nooses aren’t as obvious. The ties are neutral colours. They’ll make you think it was your decision. Yeah, you really wanted to go in on Saturday, didn’t you?

I sat through an hour of it yesterday. Words, words, words, graphs, words… Pale faces in PowerPoint headlights, worrying about their superannuation like there’s no other way. I should really go in on Saturday, shouldn’t I? ‘Yeah, you should,’ your boss says without saying it. “Mate” he says, clammy hand on your shoulder, ‘how’re the kids and the home loan?’ The threat slides right past the Voight-Kampff.

Remember that they’re always the same. Don’t buy into it. Buy into Total Control because they know and they use all of it against them. Here is your realisation. Don’t go in on Saturday. Listen to Total Control instead.


Buy the excellent Typical System here (it's still pre-order due to a shutdown at the pressing plant - which has waylaid the fourth Sonic Masala Records release, Cobwebbs' WORLDWIDEWEBBS) - it's out now through Iron Lung Records.