This Austerity Program Is Calculated Brilliance 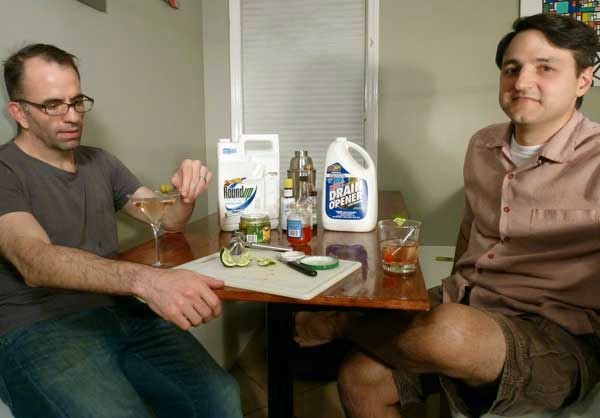 I don't remember exactly the moment I "discovered" New York noisy duo The Austerity Program - but it was probably around the time I was heavily into listening to Hydra Head records and in particular Helms Alee's Night Terror. if you haven't listened to TAP's seminal 2010 EP Backsliders & Apostates Must Burn, do yourself a favour and DO IT RIGHT NOW. Don't even read the rest of this post. Just do that - NOW (and if you live in Brisbane, there is definitely a copy of it in Tym Guitars - I put it on the shelf especially yesterday).


It's taken a bunch of years for these warped brothers in nascent narcissism and devilish grins to bring us a new release. They scurried from the embers of Hydra Head Records and formed their own label, Controlled Burn (along with fellow brothers Nonagon, whose own The Last Hydronaut LP was their first release - and we fucking loved it). But we FINALLY have Beyond Calculation - and it's everything I hoped for and more. With one guitar, one bass, one vocal and one pissed off drum machine (how else can it cope with such brutality? The machines seethe too...), this band flays the outliers of society, laying their situations bare and brandishes the remains with maniacal glee, jamming it down the throats of sympathisers and non-believers both.


Steve Albini's abrasive outfits will come to mind here, but there is something more inherently comical, garish and nightmarish about Beyond Calculation that he and his hoary brethren could never broach. Yes, each song is calibrated and refined to such a brutal dexterous distillation that they cut through the thickest of red tape and indifferent hides; yes, the impassioned cynical howl of Justin Foley turns from playful to destructive in a heartbeat (or heart attack). They can be tightly coiled mechanical beasts of burden; lumbering colossi of brutal metal dirge; intricate triangulations of technique, wit and excess. Overall, though, The Austerity Program is shining the magnifying glass on the 21st century with furious intent - and in most cases, the insects under scrutiny is us.

Pick up Beyond Calculation here - it's a must.
Posted by Brendan T