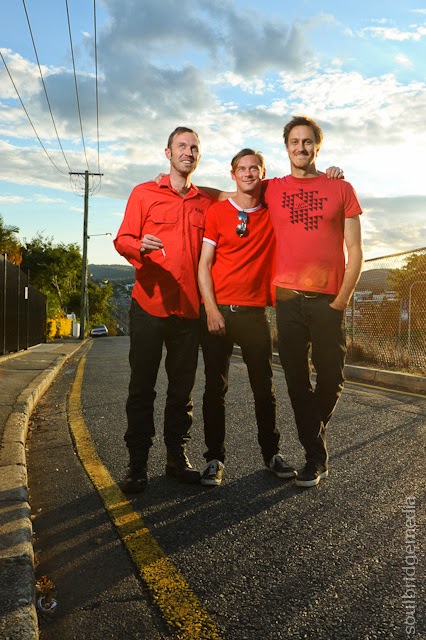 Here is a band that should be well known in Brisbane circles but is nowhere near as well known in wider circles. In fact you might be hard pressed to meet someone who is an avid fan, or even the band itself... Seaplane kicked out the jams back in 2001, then comprising of Dale Peachey (Dollar Bar), Stirling Bartlam and Conwae Burrell (Extrafoxx). They put out a couple EPs and the excellent Technical Difficulties LP in 2004. Burrell made way for Scotty Brique (Nova Scotia amongst many others) and the melody and fury remained in tandem, culminating in one of the unsung Brisbane albums, We Didn't Know Anything Was Wrong in 2009 (Burrell's drumming emanates from within).


Then the band all but vanished.

Seaplane sporadically play shows - they headlined Sonic Masala's first sell-out show back in 2012 alongside Tape/Off, Bossfight and El Motel - but they tend to be rarer than hens' teeth. There is also a third album out there. I've heard it. It's great. It was meant to be a Lofly release, but with their closing down only last week (RIP) it leaves us in a quandary as to what will happen there. Below is a sample track from those recordings, a softer harmony-hugger that endears the trio to you all over again. Come see them play these songs and more Saturday around 8pm.