Tenzenmen Rack Up The Heavy Comps

Here are a couple more releases from Shaun at Tenzenmen Records - and believe me, there is a lot to take in here. 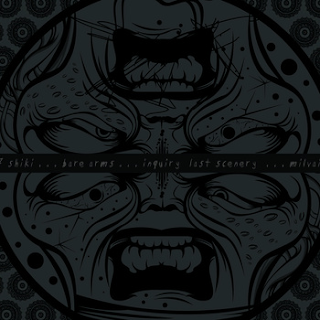 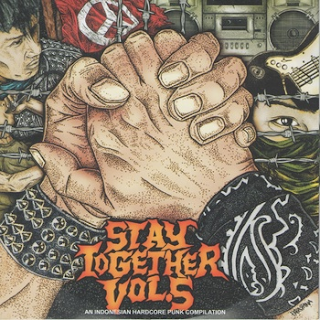 Stay Together Volume 5 is another compilation beast entirely. In early December 2011 64 music fans at a punk charity concert in Banda Aceh’s Tamen Budaya Park in Indonesia were violently arrested by the Shari’ah police. They were not (and cannot) be charged with any crime but were forced to undergo religious education which included their heads being shaven and forced into the lake to bathe. The religious police have threatened a continuation of arrests and re-education against the punks “until they are better”. When questioned about the targeting of punks due to their cleanliness the Police Chief justified the actions by drawing a distinction between them and “the clean punks that exist in different classes”. Asked why the police aren’t then targeting the homeless he stated “there are no homeless in Aceh, there are only punks.”

Therefore, the Stay Together compilation series exemplify the support the punks show for each other, in Indonesia (where the bands are from), in Australasia (where all the record labels involved in the release are from) and in the world (where the punk community has come together to help). As part of this community, Tenzenmen offers this release with 50% of physical and 100% of digital sales going to help the punks in Aceh. Available via mailorder and digital download here. It's a fucked up world we live in sometimes - so try to make it a better place!