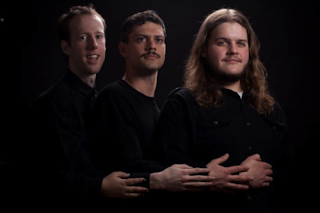 I was a very big fan of Brooklyn's partly instrumental, partly math rock freaks Fang Island and their eponymous debut back in 2010. The consequent show I saw them play at Madame JoJo's in London confirmed that their frenetic party rock vibes translated incredibly well to the live arena, a shredding guitar frenzy with ample amounts of party poppers. Now a trio, they have their follow up on the way, entitled Major, and 'Asunder' is the first cut from it. It's brought the vocals to the front a little more, but is essentially the energetic bliss bomb that most would be expecting from the quartet. Major is out on Sargent House on July 24 - pre-order it here.