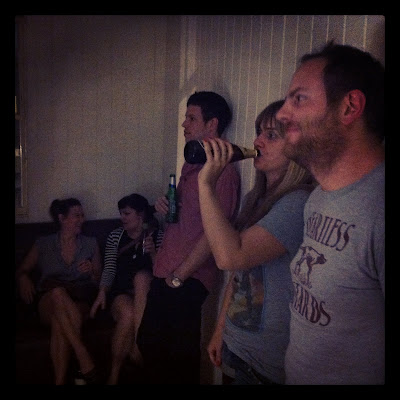 I had to cover this set of covers for two reasons. First and foremost, my girlfriend Alison will be winging her way back to the UK on Wednesday for at least 6 months, and although I will see her in that time, it's going to be hard. So having White Denim's James Petralli play her a cover of Elvis Costello's Alison is the least I could do...

Secondly, because I clearly have some pulling power, we have the first cut from Neil Young and Crazy Horse's first album since Greendale, called 'Oh Susannah'. Petralli thought he could pay kudos to that too, so here is a Young cover. Happy weekend people!

And that new track/video...