A Familiar Yet Refreshing Sojourn Down Sonic Avenues 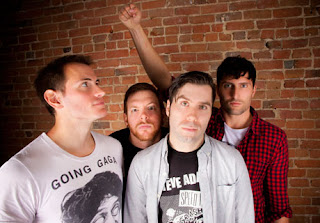 I have had Television Youth, the ace record from Canadian punks Sonic Avenues, in my inbox for months (it came out in January). I was meant to post about it for The Styrofoam Drone (amongst a plethora of things - sorry Zac, I'll be back on top of things in the upcoming week!), yet it fell through the cracks (expect to see the Happy New Year/Nite Fields split 7" soon though). This is a great album though, and it has jumped on my hunched back and beat me around the ears insistently this week, so I thought I better purge by vomiting it all over you, beautifully warped listener. It harkens back to days when punk was really just anarchic rock - The Clash, The Jam, The Ramones. Yet it shines a light on many of the shitty things that slacker kids can find themselves latching on to - namely, apathy. Above all though, it is the romantic notion of hope rising out of the angst that is most endearing. This is no throwback, it is merely a bunch of dudes writing a brace of killer songs that refuse to not kick arse. Actually, maybe that is a throwback... 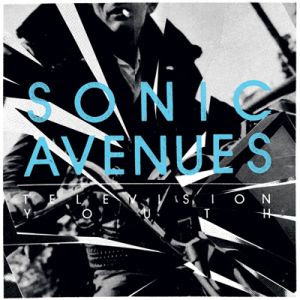