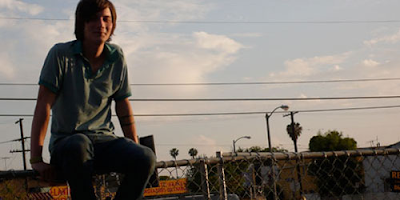 There isn't much that comes out of the Deerhunter collective's stable that I am not a fan of, and whilst it's Bradford Cox's antics that gain most of the attention, the rest aren't laying idle either. Guitarist Lockett Pundt's output as Lotus Plaza is nothing to be sneezed at, and on latest LP Spooky Action At A Distance he truly comes into his own.

Sure, tracks such as 'Strangers' don't stray too far from the DH format of shimmering sunny psych shoegaze (hope you can pronounce your s's - that phrase is a spit-sprayer...). It showcases a number of things, not least how integral Pundt is to Deerhunter's writing process, and how on this album he has stepped up into the sunlight, discarding the ambient netherworld for a front-line assault on glorious guitar pop swathed in warmth. What's more, Spooky Action At A Distance is an album with a spectral magic built into its mainframe, for every time I have listened to this record (and I have listened a lot), a new track takes precedence over all others. Whether it be the glossy ambling of 'Strangers', the ascendant glory of 'Out Of Touch', the sparse folk gravitas of 'Dusty Rhodes', the bliss out shoegaze of 'Monoliths', the harmonious, uplifting 'White Galactic One' - seriously, each track holds its own emotions and memories, real or imagined. It is this sense of a musical equivalent of fireflies in a jar that this album evokes - there is a glow in between the spaces of these compositions, and when Pundt opens them up, the light envelops you whole. 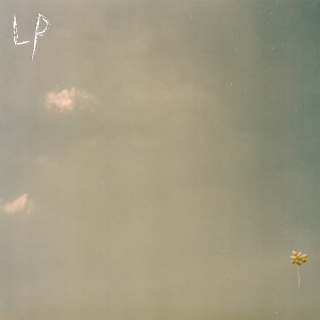 True, this is a glowing review (pun semi-intended) - but it is well worth it. Spooky Action At A Distance (out on Kranky) can be bought here - don't be surprised if this becomes an underground hit for years to come.