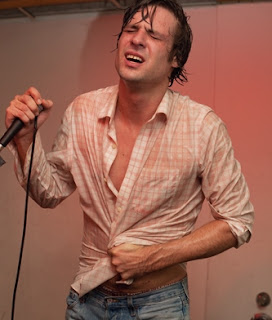 I know that 'No Title (Molly)' came out some time ago, but I just managed to pick up one of Domino Records' Record Store Day-sanctioned flexidiscs Smuggler's Way for myself, complete with accompanying zine, so thought Id have a quick chat about the John Maus track - and John Maus in particular.

I admit to not really "getting" much lauded album of last year We Must Become The Pitiless Censors Of Ourselves. I thought that it was too considered, too "now". Then I saw him live earlier this year when he supported Dan Deacon, and I had the inverse reaction to most. Whilst many who bought his albums found his self-flagellating, anguished performance perplexing and off putting, I thought it personal, gritty, and weirdly fun. Such efforts are rarely put into performances these days, yet Maus threw EVERYTHING into it. And he is a super guy too, willing to shoot the breeze afterwards.

'No Title (Molly)' isn't as dark as past releases, and could even be construed as a little poppier than most. The flexidisc itself is full of wonderful re imagined tracks too, well worth a listen. Expect more of the same on his rarities release - I'm after that one next. 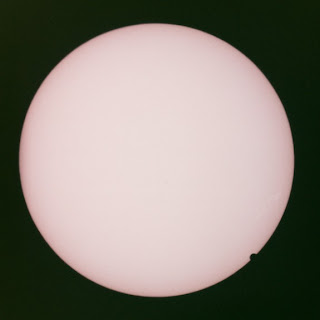