Play Father John Misty For Me 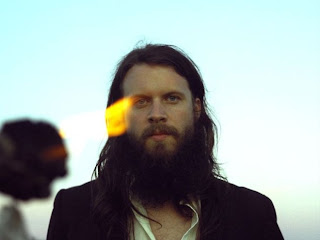 Father John Misty isn't the new cult leader on the blocks, although from his sounds his would be a killer cult to get tied up in. No, it is the new name for J Tillman, one time Fleet Fox and now chillin on his own dime. He has a record coming out on Sub Pop called Fear Fun. Now, I never hated Fleet Foxes - I thought their last two albums were OK, and they still go down as the first band I ever saw at a Glastonbury, and I was stoned, and they delivered - but I've never understood the avid fandom that surrounds these guys, nor other of their ilk (that said, I'm a Bon Iver sap, but whatcha gonna do?). Tillman stepped away from the skins of Fleet Foxes, which some may gawk and scratch their noggins over, but this moniker he has given himself surely has done wonders. Not that it's exactly an inexplicable notion that Fear Fun is great - Tillman has released seven previous albums under his own name, and his four year tenure in a band renowned for intricacies and massive-scale harmonies would have given him new ideas. No, the real surprise on this album is how much fun it all is - which then points to the album's title. There really is nothing to fear when tracks such as the great 'I'm Writing A Novel'. Also, the film clips for the singles off this album are pretty amazing - expect another in our next Video Vacuum, but I just couldn't resist the Aubrey Plaza starring 'Hollywood Forever Cemetery Sings', of which you can download at your leisure below. God she's awesome. Lucky it's a brilliant song too. 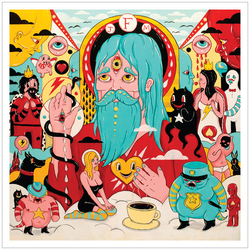 Fear Fun is available here in sexy pink vinyl and with a rad tee too - get in there!