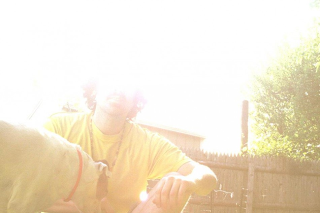 The solo warped outpourings of Tennessee's Ryan Boos, Nomadic Firs' self-titled record is something of a anomaly in that it had been gestating for six years, is a pastiche of colours and ideas that have coalesced into finite songs, and yet is cohesive much farther beyond what is thought possible from such an amalgam of sounds and grooves. Reminiscent of the breakout hazy debut album by Unknown Mortal Orchestra (especially on 'Vines'). There is a rustic underbelly to these jams that echoes from Boos' rustic life (he owns a petite farm with his wife), and it is these pastoral colourings that infuse Nomadic Firs with a sense of elegiac beauty. That sense of being at one with nature is akin to some of the randomness that comes of the Inner Islands label, except Boos is much more of a pop song traditionalist. The experimentalism even evokes Deerhunter ('In The Morning') or the Beta Band ('Cover Bombs') at times, but above all this is an album that rewards in myriad ways, often all at once. 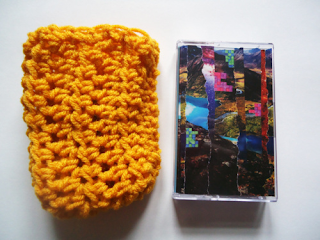 You can grab Nomadic Firs in cassette form (with it's own knitted holder!) from Crash Symbols here. Well worth it my friends.