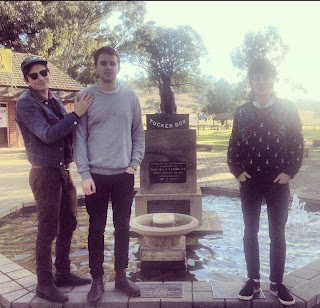 Here is a little lo-fi act out of Melbourne that I am absolutely loving at the moment. Velcro are a three-piece that released Dreamboat, a 6 track EP, earlier in the year on London-based label Njord Kassetts. Similar to current bands like Cat Cat and Dick Diver, with a slacker ennui inherent in the likes of Old Mate, Scott & Charlene's Wedding or Kitchens Floor, yet there is also an affinity for McLennan/Forster and the Flying Nun clan, thus allowing Velcro to steep their short whimsical numbers in a plaintive melody and surreptitious hooks so that the crooked pop tunes remain embedded in your mind for days afterwards. They have been putting out a plethora of cassette releases over the past eight or so months, demos on the internet at an alarming rate, and one of these releases is entitled Wagga Wagga and is out on Why Don't You Believe Me - which just makes me want to grab them and make them etch out a singular vinyl with all the tracks on it just for me - hell, even a CD-r would suffice! Especially as the digital version of Dreamboat is pretty pristine. But don't think you will get to see them in Aus any time soon, as the driving force behind the band, Curtis Wakeling, has moved to Brooklyn to try his wares solo whilst also playing in ace band Love Connection. If you're in NY, hunt this guy down, he is special. 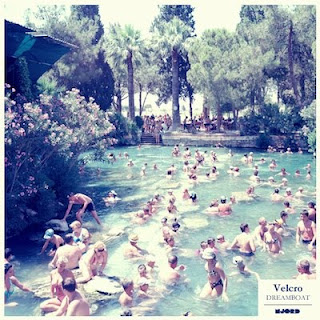 You can get Dreamboat on cassette here.

And here is a track off Wagga Wagga, which you can purchase here...