Propagandhi Have Not Failed 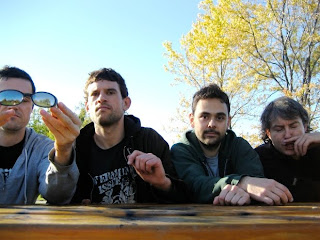 This is as much of a thank you post as it is a "hey, come listen to this y'all" post. I haven't really partaken in any Propagandhi malarkey since uni days, so wasn't even aware they were still a thing let alone putting out albums. Up until a couple of years ago that is, when I started listening sporadically to 2001's Today's Empires, Tomorrow's Ashes and realised how damn great a punk album it really is. Still, that was as far as my appreciation of the Winnipeg collective went. That is, until Tuesday, when I went into work and spoke to James Tidswell, who does sales/accounts for Time Off, one of the music street press magazines that I work for in Brisbane, but also occasionally play guitar for grungeheads Violent Soho. He asked if I was reviewing Failed States, and I had to ask him what he was putting in his crack pipe. But I went home and listened - and goddamn these guys are doing things that I have criminally overlooked all these years. Especially Todd Kowalski's all out assaults - I don't know how many times Ive listened to 'Rattan Case' this week. Seriously killer record. So, once again, thank you James. 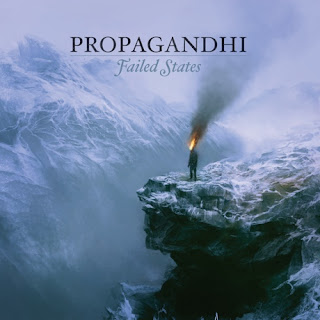 Failed States is out today here. Below is the final track. And you can stream the entire record here.