Friday Cover Up - No Replacement For Fucking Up School 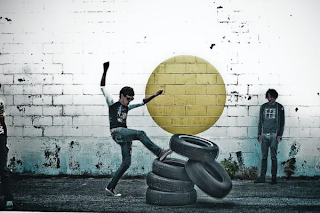 Its been a while since we have had a good cover song, and this one is a doozy, especially as I teach English as my "day job"... Those crazy hellraisers The Dirty Nil have released a typically ballsy rendition of The Replacements' call to arms 'Fuck School'. Every one needs an education, despite what Pink Floyd stated, otherwise we would have even more shows like The Shire in our midst (there's too fucking many as it is...). Yet schools can be staid, oppressive beasts, even to their employees, so a bit of retaliation now and then is good for the soul.

The band also has a summer mixtape out. Its free until September 24. It's great. It's in time for the sunny radness of Aussie living. Get amongst it here, and have a new single coming out September 25. Stay tuned...
Posted by Brendan T

Email ThisBlogThis!Share to TwitterShare to FacebookShare to Pinterest
Labels: The Dirty Nil, The Friday Cover Up, The Replacements