Inversion Of The Occular Audio Experiment 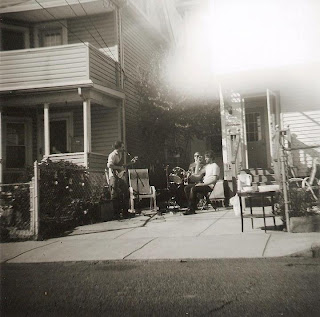 This dude Alex Pollock and his cronies outta Boston have gotten a little bit of fever over the interwebs recently, but not enough in my opinion, so here is some more. The Ocular Audio Experiment have released a double album in the form of The Witch's Whispering Tomes, and its intrigue lies in the fact that it features the same twelve songs one both albums, but in two different styles. The first half is a hedonistic psych rock sojourn into the darker recesses of the brain, and seeing as it clocks in at almost ninety minutes it's its own beast. Yet the second album rears its wonky malformed head, and you are just as mesmerised by the seismic shift into the campfire singalong from Hell, something that might come out of a Western directed by David Lynch. I love the audacity and sheer insanity of it all, but it on the main works incredibly well. 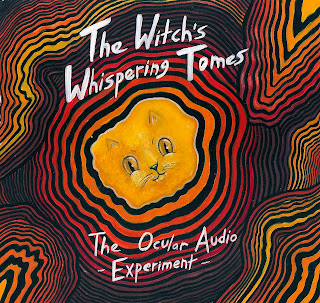 Listen to the first track 'Mind Carver' from both records below, then go get these and play them, tell me which you prefer. It's mind bending stuff.

Email ThisBlogThis!Share to TwitterShare to FacebookShare to Pinterest
Labels: The Occular Audio Experiment