Getting Your Kicks With The Local Girls Sour Puss Records have another crazy band to ram down our throats. Local Girls are based in Brixton and call themselves a sexually inappropriate alt sleaze band, so they will more likely kick your teeth in if you don't buy them a pint quick smart, and forget the small talk. Their record Deluxe Kicks comes out next week and it's a narcissistic melange of noise and obnoxiousness. They are brats, wailing from licks they've stolen from Andy Falkous' spit-flecked playbook, abrasive talk-speak stories that acts coy for that split second so that your defences are rendered obsolete. Who would have thought that being relentlessly goaded would be so much fun? 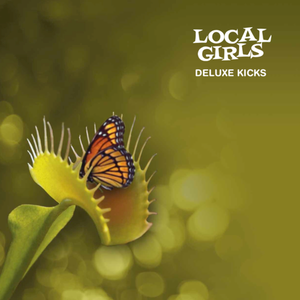