These Tiny Spiders Have Bite 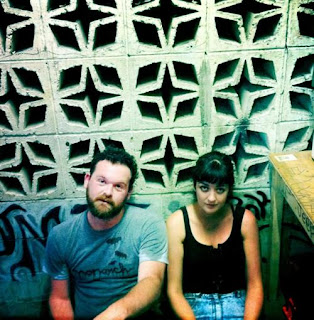 Tying off the first day back in the saddle we have Brisbane sludge pop duo Tiny Spiders. Consisting of Cam Smith (Ghost Notes, Mount/St Augustus, runs Incremental Records and West End venue The Waiting Room) and Innez Tulloch (Feathers, Pastel Blaze, co-runs Nowhere Records and West End venue The Waiting Room), Tiny Spiders are simple, yet complex. Simple, because they play scuzzy as fuck guitar and rickety drums. Complex, because they are inherently pop. Result? Some of the rustiest, dirtiest pop sounds you are ever likely to hear. Which is something I inherently love. 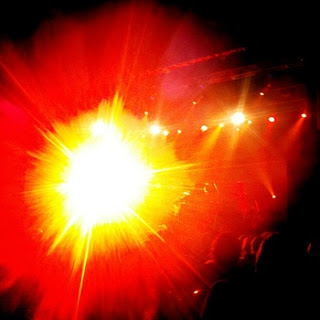 Tiny Spiders have just released new single 'Shoot The Rainbow Rays Out' which is their tastiest slice yet, and have put it on record with three live cuts in what then becomes the Shoot The Rainbow Rays Out EP. The three tracks were recorded when they supported other local behemoths No Anchor during their 7-day squat at The Waiting Room, and the recordings are as close you will get to being at that performance without a revamped Delorean. Its great stuff. Get the EP here.

The terrible twosome are also launching said EP at the Alhambra Lounge in the Valley tonight for a tenner, and have roped in some stellar names for support, including Happy New Year (also spreading the love for her recent split with Nite Fields, that you can read about and hear in the previous post!!), Go Violets and Tangle.