OK, so here are three more releases that I "discovered" over my two-month sabbatical that, whilst not anything overly groundbreaking, were a hell of a lot of fun. 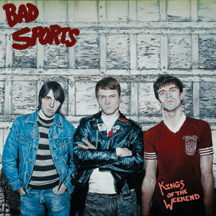 Bad Sports, on their 2nd LP Kings Of The Weekend, have chiseled out some major disaffected pop rock that'll tear holes in the seat of your jeans. The Denton, Texas trio are made for summer benders with a sleazy bent. Dirtnap Records put out this fun-loving, fuzzy gem, and it reverently does what it says on the tin. I guess there are elements of Bare Wires about Bad Sports, albeit with more protopunk snarl, which makes me like these guys all the more. 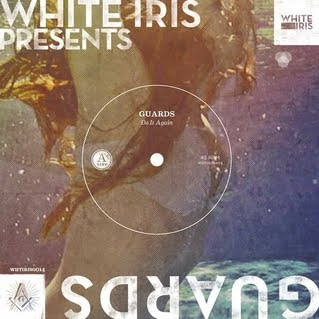 Richie Follin's sister Madeline of Cults' fame will be here on Saturday as a part of the Laneway festival, so it would be remiss of me to mention Guards' Do It Again 7" that came out in December that I found quite delectable. Put out by White Iris, these tracks cement two facts - that Richie Follin knows how to pen a heck of a hook, and that they need to bring out their debut album STAT.

Guards - Do It Again 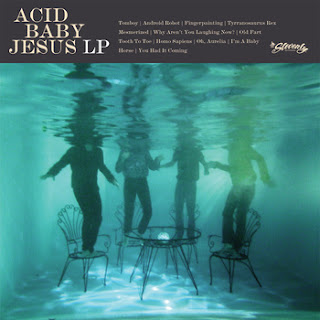 There was a stage when I seemed to be listening to a lot of Athens, Georgia acts back in 2010 - kickstarted probably by my love of Tunabunny - and it's more than possible that Acid Baby Jesus is going to bring that love full circle. Yet these clowns are from the "other" Athens - the one that proclaims to be the capital of Greece, the starting point (and possibly the endpoint - oh, political controversy!!) of civilisation as we know it. Their self-titled debut came out in October last year on Slovenly Recordings, and it sounds like another 2011 fave of mine, Human Eye, in its insistence of sounding like psych punk played by Ming The Merciless off Flash Gordon. Such space jams are morbid and strange, and oh so goddamn rad. This is a pretty killer album, and may have made the top 40 of 2011 if I'd heard it sooner. 2012 also has them firing up to join the biggest and best lineup yet for the Austin Psych Fest. Live long and prosper, you awesome weirdos.