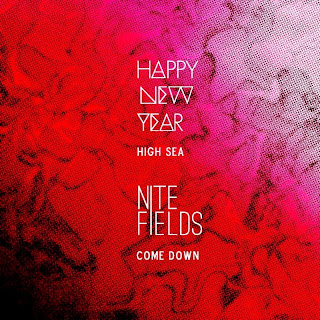 Sorry guys and gals, but Ive been hibernating for some time, no? I best get back on the horse and mainline some tunes into your psyche. Some new music fit for 2012 is warranted after such a long time away, right?

Brooklyn based and Brisbane born Eleanor Logan's music embodies the 'art of noise', with a pop base and focus on producing avant singles. Her songs blend DIY recordings of percussion, drones, and tech sounds with silky vocals to create pop music that's equally as explorative as it is addictive. Her contribution takes the bitter pain of love and loss and turns it sweet as sugar.

For Nite Fields, a SM fave who graced our Sonic Masala Presents showcase back in December, this split see the first release for this young moody group. Taking cues from electronic and shoegaze spheres, to post-punk, and weaving in some goth rock basslines, Nite Fields are forging a new explorative rock sound coming out of Brisbane sharehouses. Having been together for less than six months, Nite Fields are already establishing themselves as a force, not of nature nor of reason, but an innate neurological urge to enter a Lynchian coma en masse. Which actually sounds like a good thing, if the Mayans would have the apocalypse come our way this year...

Grab the 7" here - its sex on wax, and with only 150 copies available, they will fly out the door. Happy New Year kids!
Posted by Brendan T