Have A Lot Of Faith In Errors 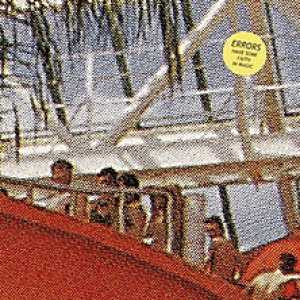 We have a frontrunner for album of the year, folks.

I'm not going to say much about this, but Glaswegians Errors have managing to combine pop with synth ice, epic noise and soaring ideals to create an album that is eloquent, garish, flamboyant and subversive, all at once. Have Some Faith In Magic (out on Rock Action Records today!) is so different to last album Come Down With Me - which was pretty ace in itself - and so, so much better. I was apprehensive about the possible inclusion of vocals, but it works. Not traditional vocals of course (nothing here is ever conventional!!), but as another sonic instrument. This is a crazy awesome record. I implore you - buy it now!