I'm almost done with the albums that I should have posted about last year but didn't. These three releases are deserved of more attention, so I'm gonna give it to them. 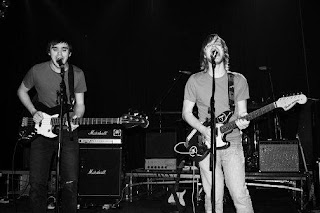 Hired Muscle are yet another band outta Leeds whose discordant nihilism elicits migraines and orgasms simultaneously. These crazy cats splurge on some balls-out mania on the tracks on their The Last Minute LP. Paul extolled these guys' virtues to me a couple months ago, and the proof is in the pudding. Pavement meets Action Beat. Delish bom bish. 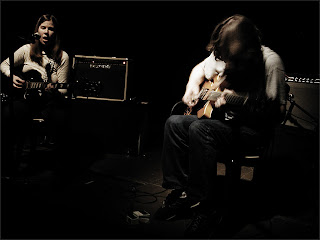 Exile is the new record from Charalambides. It is the only thing I've heard from the prolific spiritual conquistadors, and that is saying something, as they have releases a plethora of aural excursions since forming in Houston back in 1991. Their sound wavers in and out of sonic parameters, but their chakras are always aligned, ensuring that you never stray far from the ethereal pathway that the band has crafted for you. Its still ambitious, being a double LP and all, but when Kranky Records agrees to put it out, you know that the wealth within is worth mining.

Charalambides - Before You Go 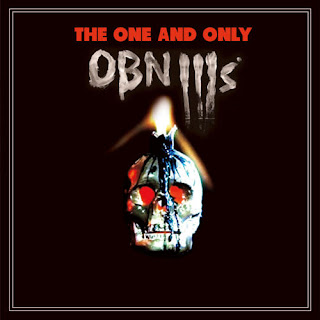 This final album is related to one from two days ago, Bad Sports' Kings Of The Weekend, as Orville Neeley also plays in OBN IIIs (named after himself), whose The One And Only LP is razor sharp and energetic with gritty swagger and lecherous intent slathered all over it. Its verve and tenacity electrifies every song, never repelling the listener with overt aggression or obnoxiousness. These tracks are made for delighted repeat listens. One can only imagine how stellar these guys could be in the live arena... Grab their record here.