Happy Australia Day! I'm incredibly hungover after another successful Sonic Masala show, bur raring to do it all again! Before I do, though, here are some Aussie bands doing good that you wont find on the Australian yoof channel's top 100 shitfest. 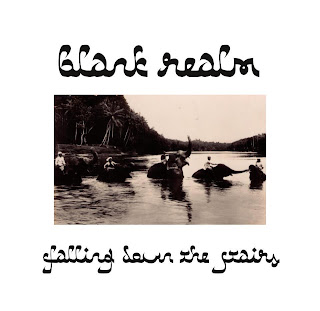 Blank Realm are a band that are incessant in their breakneck rise into the centre of the sun. Unlike Icarus, this Brisbane quartet want to feel the molecule-rending heat, to feel themselves morph with a might much greater than their own. Such a brazen exploratory outlook is evident in their ever-evolving live shows, which can swing from skronky pop to languid psych to rampant rock to slacker malaise, at times within the one instrumental interlude. Negative Guestlist is hoping to extend such an exciting reputation by releasing the band's latest 7", which you can buy in physical form here. Listen to the track below and tell me how these guys aren't huge already. They are bringing out their next album, the follow-up to the great Deja What, later this year through Siltbreeze, so you never know, their time may come before the Mayans bring it all to an end...

Falling Down the Stairs by Blank Realm 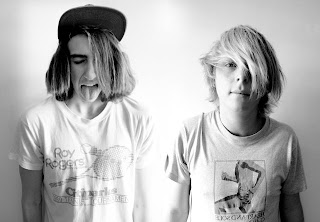 Gold Coast duo Bleeding Knees Club are more likely to get a run on Triple J, seeing as their MO consists of thrashy-yet-addictive straight-cap surf rock. The boys (BOYS! Just look at 'em!) have stuck as close to the Wavves musical aesthetic as they possibly can, and it really clicks. Next month sees the arrival of their debut LP Nothing To Do, which should see them explode into some sepia-tinged hipster frenzy, but when the music is as addictive as this, fair dues. 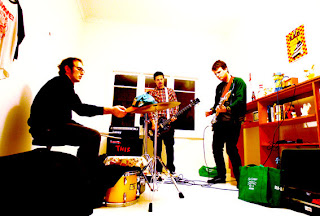 Chinese Burns may be flung across the state of Queensland, but when this trio get together the results are sweaty, salty and magic. They have just released their Calculator 7", and it is all kinds of awesome. Seeing them play live is a once in a blue moon event, and life-changing (maybe). Buy this record now, support these fuckers so that they give up their day jobs and treat us to more music - seriously good stuff. 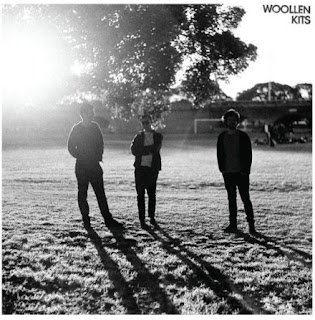 Finally there is this album from Woollen Kits. The Melbourne act's debut is the first great Australian album of 2012. GET IT.

Woollen Kits - For You