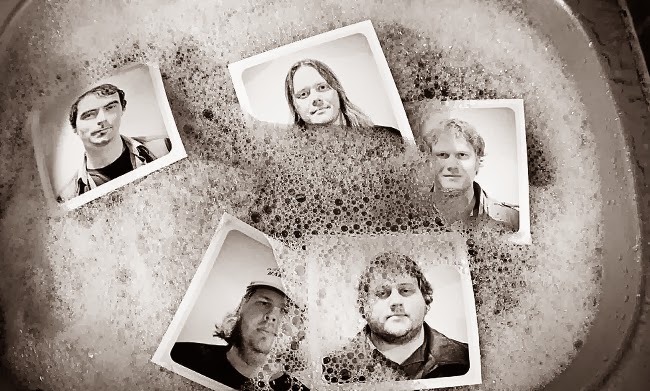 I bumped into an old mate of mine last night and ended up discussing the ethics of horror movies and drinking beer instead of doing all the things I was supposed to. It was pretty great. A decent conversation - where you actually talk about something - is such a pleasure; it takes you somewhere higher than yourself.

Listening to Galapogos's new single 'Parakeet Parachute' is like having a decent conversation. The song is an open statement, an encouragement to fill the void (or leave it empty). It's serious and shy. The guitars make space for you to yell back (or not). The words and drums roll on regardless. Religion, death, meaning (meaninglessness), it's all here. That people make music like this in this city is its saving grace.  Let's go.

Galapogos are playing a Sonic Masala presents show this Friday (28 Feb) w/ Nana Vigilante and BARGE with an antenna on it. Coming along would be the right thing to do.
Posted by Unknown

Email ThisBlogThis!Share to TwitterShare to FacebookShare to Pinterest
Labels: BARGE with an antenna on it, Galapogos, Nana Vigilante, Sonic Masala Presents