The Worm Is Crowning 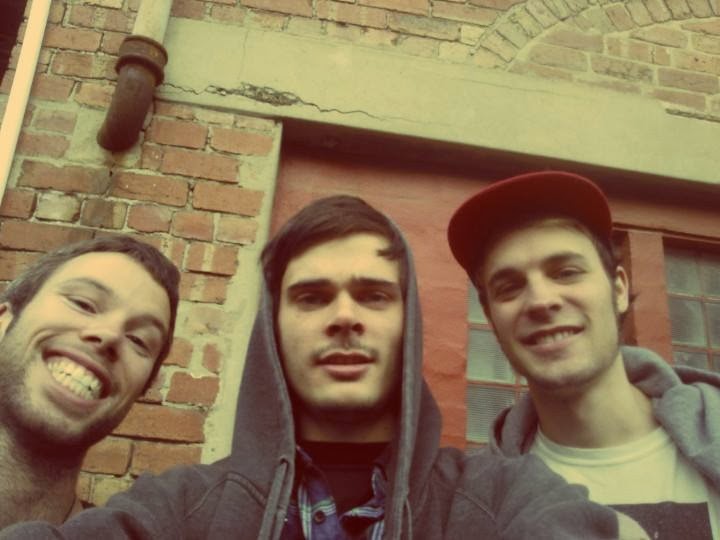 I got an email out of the blue a few weeks ago from fledgling Melbourne noise trio Worm Crown, desperate for a show up in Brisbane. I wasn't able to put on a show for them, but at the last minute managed to get them slots on a Masses show and the Tenth Court festival (nice work Matt on that, by the way!). Before this I didn't know a thing about them - but am always willing to help a band out if they ask nice enough (and happen to be housemates with a member of Franco Cozzo - the band, not the carpet kingpin...)

I checked them out at the Masses gig - whilst their 20 minute set was definitely one of raggedness and sloppy abandon, which also culminated in lead Darcy accidentally headbutting a guy in the crowd making the punter's face spray blood (actually that was a good thing), there was a lot of potential there. I spoke to bassist Andrew over a couple beers, he gave me their two releases and duly left before fights broke out. Nice blokes.

But with a name like Worm Crown, you know the music is something else again. There is a love for atonal squall, Jesus Lizard annihilation (although not that deliberate pummeling that you get with them), Minutemen ferocity - there is a lot of potential here. They released EP Human Waste in November, and here is Rinse, another EP out in cassette form. The single 'OCD' is up on the Triple J Unearthed website for download - I think you really need to check these boys out. They are a continual work in progress, and their work in the studio is already that serrated mid-fi grind that great things burst forth from.