Some Days are Hard ons ya, Some are Heaps Better 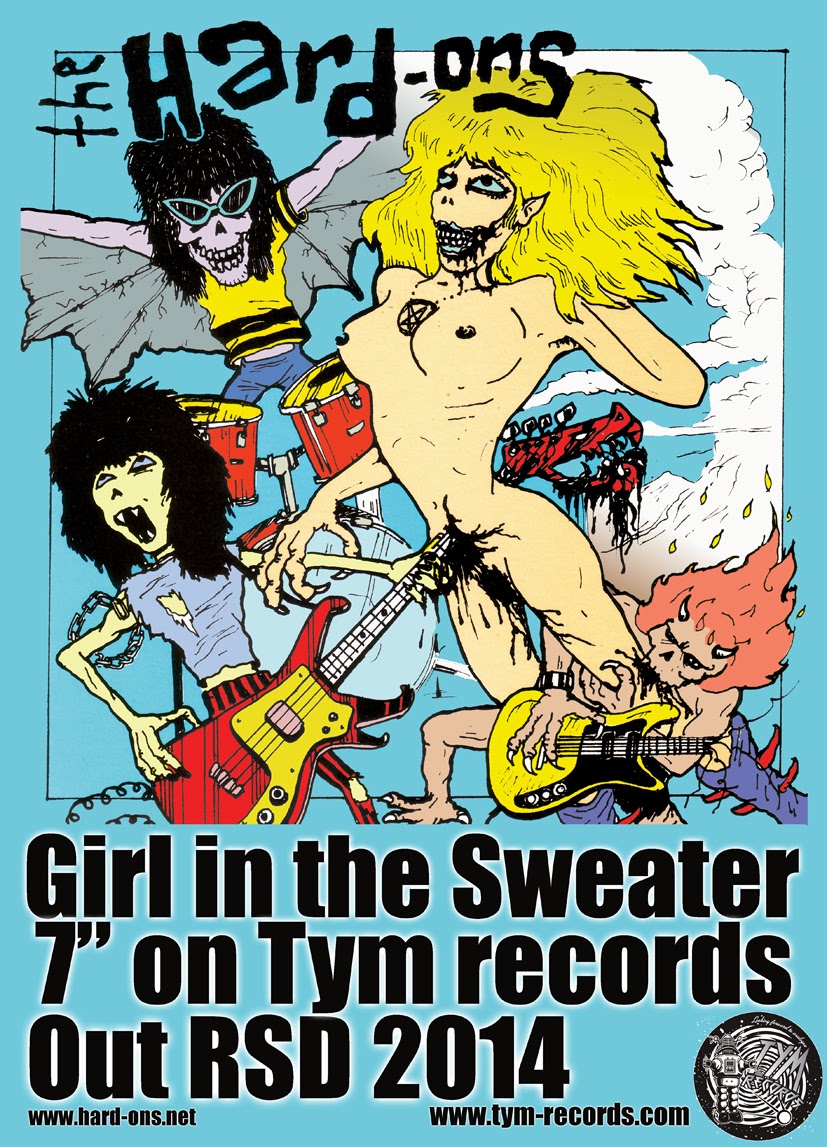 There is a huge amount of "garage" music around at the moment. A. Huge. Amount. And simply by the sheer amount of it, you'd think it is easy to do; get a few friends together, punch out a few chords, hope someone can hold a beat. That part, maybe, is easy. Creating something that is a marker in time, something that will stand up to nearly thirty years of kids picking up guitars, something that will make you smile 'til your eyes crease - even when it's probably the five-hundredth time you've listened to it - that's hard.

And that's what the Hard-Ons did with 'Girl in the Sweater'. You know the feelings, you know the naivety, you've felt it all (just like it says in the song). If this was released today, I would be heading straight to wherever these snot-nosed punks were playing to shake their hands. And for Record Store Day, thanks to Tym Guitars, I'll be doing exactly that. AND I'll be picking up a limited edition repressed seven-inch copy of the single (in a paper bag, just like it was originally thanks to the Deep North's obscenity laws).

Some days are just heaps better than others.
Posted by Unknown