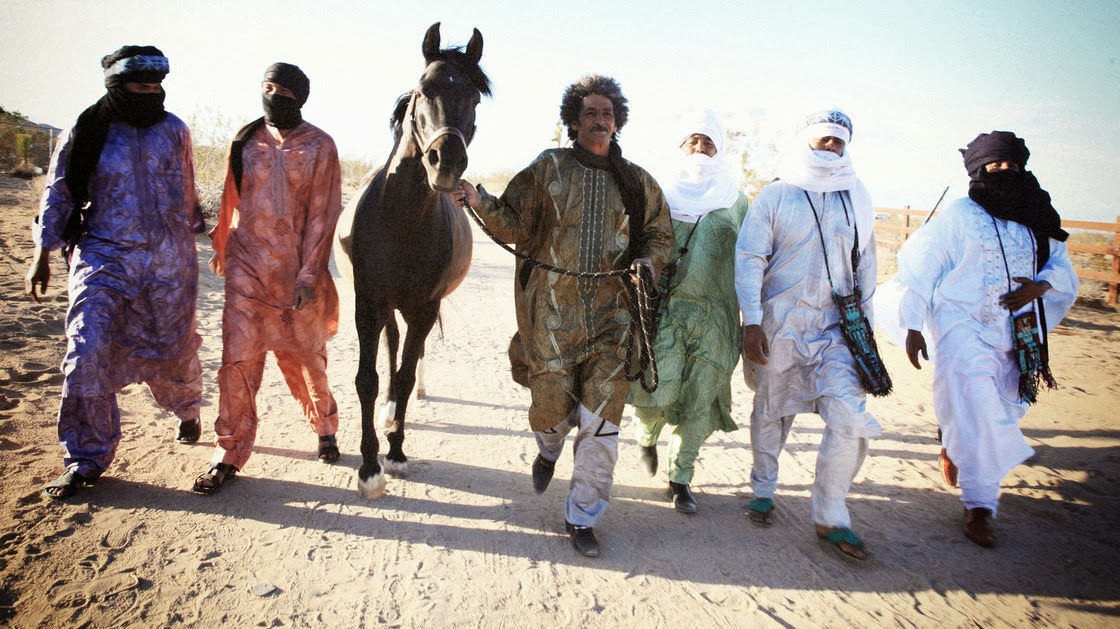 I have only had the pleasure of seeing Tinariwen once. It was the Saturday morning of the 2009 Glastonbury. I had had about three hours sleep due to being up all night – Paul and I stumbled out a bar tent to find the sun up, litter everywhere and not a soul in sight. It was like 28 Days Later. That’s what seeing Neil Young for the first time will do to you – amongst other things… Paul insisted that I have something to drink and get to the Pyramid Stage, just to lie down for a bit. The Mali guitar supergroup were playing – and I was transfixed. It may not have lasted the entire day – I passed out when that shitty band Friendly Fires came on – but I truly attest Tinariwen’s excellent set to my being still alive in time to watch Bruce Springsteen later that night rather than exist in the foetal position for the rest of the weekend.

Since that day I have been a fan. I was so happy to see them win a Grammy for Best World Music Album in 2011 for their last record Tassili (help from members of Wilco and TV On The Radio may have helped, but that doesn’t matter – it was a solid record). So it goes without saying that I was keen to hear Emmaar, the “Tuareg” band’s sixth record. And it shouldn’t be a surprise that it’s great. What is a surprise is how great it is.

Emmaar is the first Tinariwen record to be made outside of their homeland – a fact borne out of necessity rather than invention, as the escalating instabilities of the the political and social atmosphere there has made being a living musician untenable. Whilst nomadic in nature, the area that the band’s members call “home” has become overrun by groups of Islamic extremists who are instilling their own brand of society on the people, which includes enforced banning of music. It has been so extreme that one of the band, Intidao, was kidnapped (he was released January of last year, but did not participate in the making of Emmaar).

So the band moved to Joshua Tree, and the result is…well, it’s Tinariwen. The inherent camaraderie, innate musicianship that comes through living in the same lifeforce, the excellent rhythmic drive over which silky guitar lines flow and fold, the political and the elliptical in those foreign vocals – it’s all there. But you may notice on the edges the faintest impression that the American desert has left on these African natives, especially with the dusted roll of ‘Chaghaybou’ or ‘Arhegh Danagh’ (I Call On Man). It’s a beautiful yet gritty record that is so rich in sonic texture that I have listened to this album nine times in the past four days and have found something new to admire. There isn’t much music out there that sounds like this – you may think you have Tinariwen before, but odds are you haven’t heard Tinariwen at all. This is an album of timelessness, one that transcends politics and pain, and is deserving of the highest of praise. It will stir you from any dire reverie, whether self-inflicted or imposed, and free you. 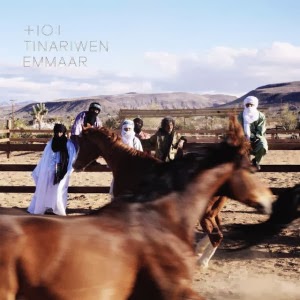 Emmaar is out through PIAS next week.