Drop the Atom bomb on us, Thom! 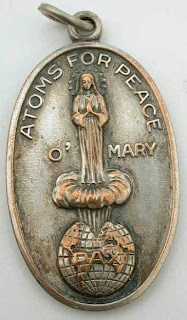 Unless you've been living under a sound proofed gargantuan rock for some time, you would have heard of the 'supergroup' that Radiohead frontman Thom Yorke put together in order to play live his solo gear in a beefier fashion. The band - Yorke, Red Hot Chilli Peppers bassist extraordinaire Flea, Radiohead producer Nigel Godrich, REM/Beck/in demand everywhere skinsman Joey Waronker, and percussion man Mauro Refesco - finally have a moniker - Atoms For Peace. And they loved the performances back in October last year so much, they are touring again later this year. So far, only the US, ending with Coachella - but fingers crossed Thom drops the (Atom) bomb UK-side in the near future!