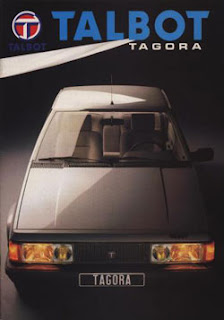 There's always been a thing for bands to name themselves after stuff that is less than desirable. In case of the band Talbot Tagora, an ugly looking French car from the mid seventies.

In many ways the disorganised racket that Talbot Tagora put out is just as ugly as their automotive namesake, but unlike the French car manufacturer the Seattle art-punk trio are definitely catchy, a warm rhythmic heart beating under layers of angular noise. Their mechanical and muddled punk seems to exude an echoey mess that warms their metallic deluge, rhythms spring to life from the center of the tracks as if a monster is calling you from the depths. You're almost made to search for the repetitive rhythm from within their songs but once you've found it you're greatly rewarded.

Talbot Tagora's debut album 'Lessons In The Woods Or A City' came out in July last year. And the reason I'm posting about them now? Well I think it was one L.P that was sorely over looked last year, so here's your chance to make amends... 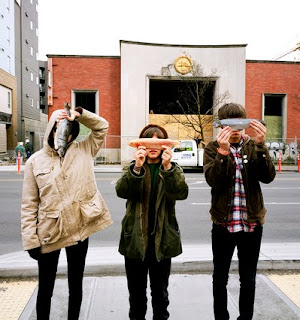 Oh and they have a thing for hiding behind fish!
Posted by Paul M

Email ThisBlogThis!Share to TwitterShare to FacebookShare to Pinterest
Labels: Lessons In The Woods Or A City, Talbot Tagora