When The Brady Bunch encountered post-rock 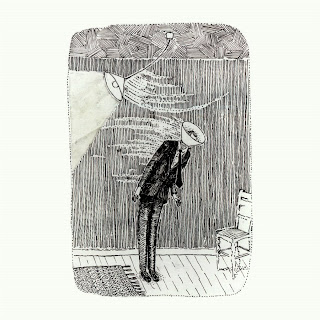 Europe, and Scandinavia in particular, has been the home to some of the best 'post-rock' bands in the world. Coming from Australia, where post-rock seems destined to remain a fleeting undercurrent (bands such as Because of Ghosts and Laura, two of the best post-rock bands ANYWHERE, keep the flame burning, but only just), it is such a pleasant surprise to see and hear so many bands here expanding on the notions of what post-rock encapsulates. And whilst the term post-rock usually implies a lack of vocals, there are many bands adhering to the genre's dynamics whilst adding vocals as 'assistance'.

Youth Pictures of Florence Henderson is one of those bands.

These Norwegians met at school back in 2004, deciding to form a band and yet unsure of what sound they would make their own. So they wrote a clutch of songs that covered a range of genres. It was one song, A list not to be read at your wedding, that the guys were most happy with and went about constructing songs using this as their foundation. The result was their lovely debut Unnoticeable in a Tiny Town, Invisible in the City. It took another 5 years before they produced their second self-titled LP, out this month. It has all the hallmarks of 'vocal-assisted' post rock - dreamy, soaring shoegaze guitars, floating reverbed lyrics, echoing shouts, cascading cymbals and rolling snares, all building to that ephemeral release that so enraptures loud/quiet enthusiasts. YPOFH arent a generic band, however. The band has returned in such a lovingly grandiose fashion, offering a double album of immense appeal (both musically and packaging-wise) that will have listeners floating in the ether of their own mindscapes for hours, days, months to come. There is a calm serenity that permeates each song, even when exploding into more heavy landscapes like in I Think E.T. Is Involved In My Family (an admittedly terrible song title). They hold onto the esoteric wanderings of post-rock wizards Explosions in the Sky, and whilst not reaching the heights of the Texan legends, it really is the vocals that elevates YPOFH above the also-rans - no more so than the album closer, Scientists Now Think This City Is Overdue, where the vocals are brought to the fore.

Youth Pictures of Florence Henderson - He Can't Be Dead, I Got His Autograph Last Week
Posted by Brendan T

Email ThisBlogThis!Share to TwitterShare to FacebookShare to Pinterest
Labels: Because of Ghosts, Explosions In The Sky, Laura, Post-rock, Youth Pictures of Florence Henderson