Love will tear us apart... 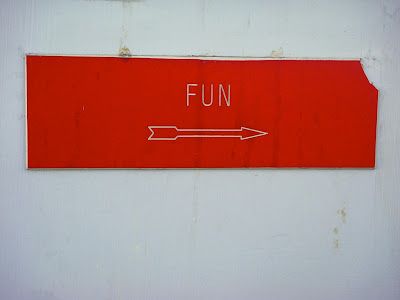 I thought long and hard about what would mark my 1st inclusion to Sonic Masala. Would I open with a review of the year that was, and what great things I expected of 2010? Would it be a review of the first of many brilliant gigs or albums of the year? A top Ten? A diatribe on the black dirge of musical talent that mainstream record companies throw their money at whilst pure musical geniuses toil away in the dark, and just like mushrooms delve in the shit and grow because of it?

I’m going to write about something far more ‘arbitrary’. The killing of a song.

Everyone has been witness to the moment when, after bleeding your eardrums of all its moisture from replaying that new favourite song over and over again, you hit the play button and after a few moments think, ‘I fucking hate this shit.’ Or something to that effect.


I can say that this happens a lot (thankfully) due to corporate consumerism. Why thankfully, you ask? Because most of the music chosen for the next Sony or Mazda ad is a piece of shiny packaged ho hum shit. Or you can’t walk five metres without every sort of media invades you being, telling you that your sex is on fire, you have a poker face, or that you are a single lady.

But occasionally the music can die within you, of your own doing. The destruction of a song because you loved it so much that you crushed it to your chest and suffocated it out of adoration. Or the song that hung around like a little brother, fun for the most time until they become fucking irritating. Or like the tumultuous sexual relationship, which has a virile and sweat-inducing honeymoon period before familiarity sets in, followed by exasperation, resentment, and finally all out hate.

This thankfully has only happened to me a number of times. In fact, I can’t remember that last time I unconsciously killed a song. However, let me list a few for you.

Death of a song out of too much love – Today, Smashing Pumpkins
This is the first song I can recall that I loved so much that I crushed the soul out of it. In fact, Siamese Dream died for a time during my 15th year on this earth after I allowed it to rape my headspace everyday for a number of months. However, it was this song that I hold up to the light of day and, even with the benefit of hindsight and a certain level of detached appreciation, will toss aside with a sigh. Supposedly full of that adolescent abandon and warmth, now it just annoys me. I can bear Billy Corgan’s whiny voice with much of his work before Adore, but this one will remain in its hastily dug shallow grave.

Death of a song due to annoyance a la the younger sibling touching your stuff when you expressly told them not to, thereby bringing about a level of revenge of which they will never recover – until the next time they shit you off – Vampire Weekend, everything

I am not a fan of Vampire Weekend. Their twee meanderings are delivered as if it is of some importance, those crazy fun kids with their Oxford cuts and intellectual zaniness. Fuck them. But unfortunately, I was originally caught up in the rush to call them the greatest thing since whatever it was people masturbated over beforehand. I can still admit that in the right mood, the boys can get my foot a-tappin. But gee they shit me off. So cute to be cloying, so tongue in cheek to be smug as fuck. And yet so hard to stay mad at. Fuckers.

Death of a song after a torrid affair that ended with a bunny in the boiler – The Prayer, Bloc Party

I’m almost ashamed to admit this one. I was an avid Bloc Party fan when they hit the scene. I still enjoyed the one time I saw them play in Byron Bay, Australia, back in 2006. And I maintain that Silent Alarm is an amazingly catchy album that still (barely) remains relevant today. But I had such high expectations of their 2nd album, and this, the first single, heightened my excitement to a level of sexual abandon. It was glued into my player for weeks, used to start the day, end the day, start a drinking session, end a drinking session, and preclude an amorous adventure…ahem. So yes, we frolicked. But then A Weekend In The City hit. Fair in the kidneys of my musical affections. And no matter how much I tried to hold onto what we once had, it had lost its lustre. Now I can’t hear the song without wanting to punch someone in the face…

What songs have you played to death? Are they worth mourning over, or can it be seen now as a mercy killing?