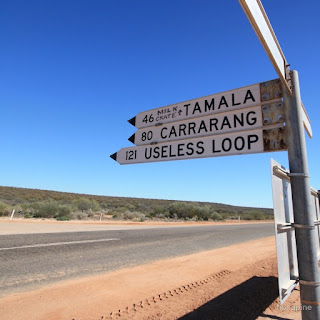 More Australian releases that are killer - some of these have been around for a while, but the never ending cycle continues... 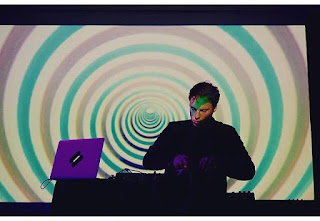 I have been a fan of Perth based artist Lower Spectrum for quite some time, and his latest offering, the EP Inverse, is another slab of pure arctic synthesis. Three remixes (from LUCIANBLOMKAMP, Rioux and Satori) are bookended by two originals. The opener is the longest and most impressive of the two, 'Atlas (Movements I & II)', an ice melody that ebbs and flows with incremental serenity, an ambient soundscape that disappears into the terminal tundra to return, beats race, a night-time hypnotic state. Its groove is invasive, a nebulous being that locks in and doesn't let go. 'Oracle' on the other hand, is an literal riot, a gangs in the street trance lit by homemade flares and disillusioned anguish and rage. 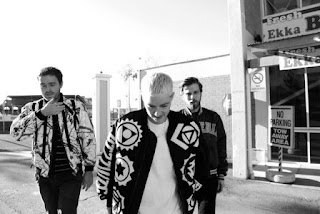 From this we move into a different territory (in fact Lower Spectrum is very much the odd sound out in this post, although it has been what I have been listening to most in the twilight hours). I Heart Hiroshima are back! The mid-00s Brisbane mainstay went into hiatus as the trio did their own things (Martyr Privates, Rick Fights, Sullivan). But 'Fifty Three' is a great return to the fold - a more brooding, solemn take, treated like a resurgence, a renaissance, a rising from the flames of iniquity and anonymity. Not that the single players have stayed in the shadows, but their mastery of the liminal spaces of the musical landscape has left them with weightier crosses to bear. The earnest approach doesn't dull the IHH formula, but hones it. Can't wait for more. 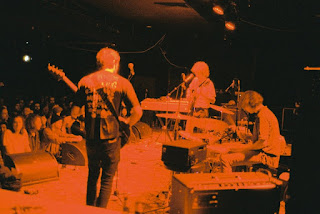 Melbourne dark psychers ORB have followed in King Gizzard's footsteps with latest release Birth having been picked up by Thee Oh See's US label Castle Face. They have the heavier end of psych wrapped up - like Black Sabbath has been run through the kaleidoscopic deep fryer. But there are elements that are in keeping with John Dwyer's cracked gimlet gurning - the whine, whirl and cowbell of 'Reflection', the spaced spazzoid flares and '50s sci-fi trashed outliers in 'Birth Of A New Moon', the crunching groove aligned with paisley psych vocals in 'First & Last Men'. The 16-minute incinerator 'Electric Blanket' is the blasted cherry on this dazed cake. 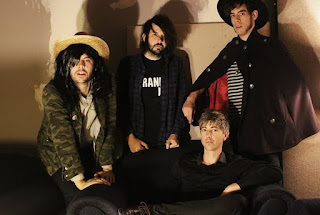 Witch Hats have been a pretty underrated band in the Australian musical wilderness. They have morphed over time from a gnarled horror anarchy to arbiters of angular anxiety. Third album 'Deliverance' sees a shift again, the desolate cover art mirroring the untethered anguish and dusted dystopia that the quartet pour forth. It fits into a niche collection of Australian Gothic working-class malaise and outlier grotesquery that have become one of the strongest bastions of Antipodean sound for the past decade (others include the likes of The Drones, Harmony, The Spinning Rooms and Nikko) and deserves a far wider appraisal. START NOW. 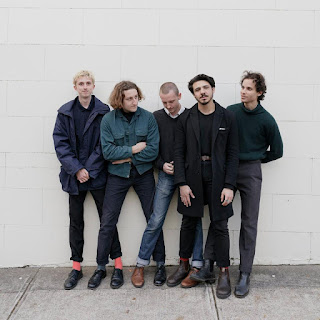 Solid Effort have released this single 'Too Far Gone' in preparation for a full length release next year. It's a languid, almost blase sojourn into a hazed jangle epitomised by light heads and heavy lids, beers half full and the sun on the shoulder of the horizon. There is so much potential with this band. 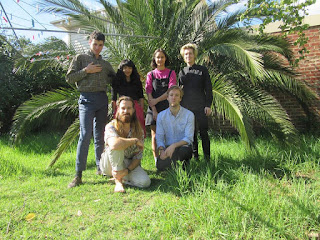 The Ocean Party/Osborne St collective just keep spewing forth bands, don't they? Pregnancy is the silly, sultry half-sister of the brood. 'First Kiss' has that 80s in the 21st century gossamer sheen, the female vocals floating in through a Vaseline-smeared soft focus shot of bay windows with billowing white curtains, band members wearing a costume composite of David Byrne, Kenny Loggins and ABC. It's smooth, funky and chockful of hooks that you can imagine the band all looking at each other with grins plastered across their faces, in awe of how really really ridiculously good these sounds are. The fourtrack tape is out now, and the rest of the songs are great too - while I like the seductive yet simplistic New Wave primitivism of 'Society', you can never beat Slim Dusty - I recognised the man's melody before I even twigged that 'Biggest Disappointment' was indeed a cover of one of his classic tracks. 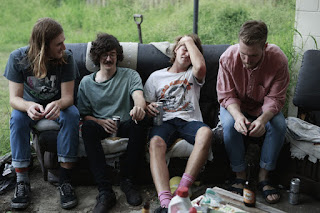 Finishing off with Church of Christ, a decidedly different taste from Lachlan Malone (Danyl Jesu, O). The loose garage punk distortion and broad as fuck Australian drawl echoes from the likes of Coloured Balls and Feedtimes of yore to the Drunk Mums and Straight Arrows of now, although more guttural and weird, and is added serious weight by Donovan Miller in the recording studio (Audio Nowhere, No Anchor). But it's the blood spatter guitar strum and flayed chord howl within the laconic beer chewing braggadocio that puts these songs right up there - and with titles like 'Song of the Year' and 'Greatest Song Alive', they sure know it.