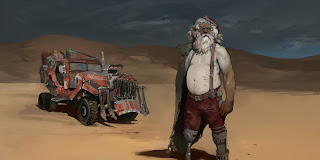 Christmas garbage filling the outer aisles of the supermarket, all while Trump rattles the doorway to Hell and we are dragged behind him in a hand basket. I am hoping that Tim Allen does another Santa Clause film, but it's set in the future with Furiousa helping him deliver presents to chroming baldies and models dressed in hessian and prosthetic pregnancies. At least there is hope in that future...Oh, and then there is music. There is always music... 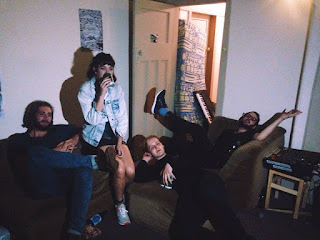 New Brisbane label Coolin' By Sound (run by two of the raddest people ever, Belly and Shell) have two releases coming out this month, with some even bigger announcements on the way. First cab off the rank though is SM favourites Thigh Master, who release their debut LP Early Times today. It's been a long time coming - Thigh Master have been scarring the land with their scuffed, scuzzed and skewed guitar pop for almost five years now. It's an old offering in some ways - originally recorded in 2013, then redone when grand Dag Dusty Anastassiou layered more guitar over the top. The songs include contributions from multiple members across their revolving ensemble (the four piece have seen six incarnations, with Matt Ford and Pat Byron the mainstays throughout) and perfectly encapsulates the loose frivolity and looser hooks lathering their live sets. The band have made lackadaisical lambasted and loose-limbed jams seem both effortless yet frantic - 'Company', 'Treehouse A.P.' and closer 'Flat City' being golden examples. But there are times when they lose the slacker cap and try more melancholic, laconic speeds - the Brisbane downer drawl of 'Brunno Brawl', the Superchunk via Dunedin cheesed melt of 'Canned Opening', the languid malaise of 'Baroona'. The solo 'Hassa Been' is a cracked bay croon, caught on the back deck in the inner suburbs, 44 seconds of lightweight browbeating. Pretty indicative of all facets of what makes Thigh Master an indelible part of the Brisbane musical landscape. Get Early Times here. 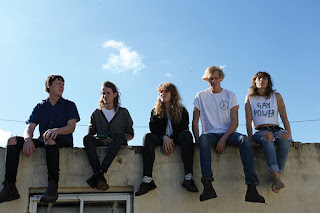 Craig Dermody's Scott and Charlene's Wedding releases Mid Thirties Single Scene on Bedroom Suck and Fire Records, and it's a shaping up to be his best effort yet. His band has solidified to include members of Terrible Truths and Beaches and uber producer Jack Farley, and there is a muscularity to the musicianship this time around that, rather than showing a rock lash out or change in direction, it shows a confidence in the laconic, lugubrious, whimsical nature of ambling through the world tasting simple pleasures and grinding down the hours that comes with maturity. I am talking about music of course - Craig will always be a knockabout journeyman in life, taking knocks and giving back a languid grin - and what more can you ask for? 'Maureen' and 'Don't Bother Me' are already classics in the making, which bodes well for their upcoming album and Euro tour - Ill be catching the guys at Brunedell Social Club in Leeds on October 22, but there will be ample opportunities to catch them across the continent.

Now to another supergroup of sorts. Melbourne's God Squad features members of Cobwebbs, Black Vacation, The Kremlings and Sewer Side, and take on a woozy lounge groove take on post-punk doom and gloom. It was very much a time-and-place collaboration, but on the strength of these off-cuts the dudes should make this a bit more of a concern. There is gold in them thar hills, gentlemen... 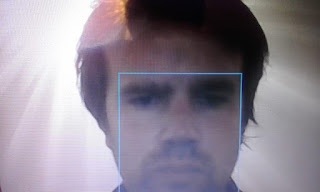 I intend to do a much more in-depth look at this artist later on in the year, but I am so glad to hear that Greg Charles is releasing new music again. Having flitted around the edges of Brisbane music scene for over a decade in the likes of Blonde Cobra, Charles Curse, 6Magick9 and the Ex-Catholics, Charles has been an enigmatic yet fleeting presence, each appearance full of cracked genius, pastoral awe carved out of personal anguish, tragedy, punishment and redemption. Those who have heard his as-yet-unreleased 2007 album The Wrecking Moon have rued the fact that Charles' spiked and ambling, wasted yet eloquent rock hasn't been embraced by more. He has taken himself out of the limelight and has been fairly prolific; and in December he will be releasing his first release under his own name, Rough Music, recorded with Ben Thompson (The Rational Academy, Pale Earth) and Cam Smith (Ghost Notes, Tape/Off) on band duties. Highly literate about bruising ennui and catharsis, filled both with gutting hubris and garish gallows humour, Charles' songs will make you laugh, cry, and be happy to be alive. I will write more as the album comes to the fore, but in the meantime, here is a taste of what's to come... 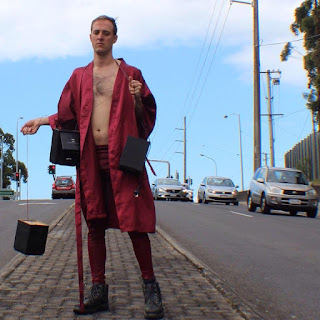 One of my all time favourite artists in Australia right now is one of its weirdest outliers - Orlando Furious. The Melbourne provocateur has now moved into the hinterland of Queensland's Sunshine Coast, but his warped sense of humour riding a gnarled seductive lysergic techno ooze is firmly, synthetically intact. 'Sedyouse' is the perfect example of the cracked genius that OF is capable of. Every line is barbed with sardonic wit fused with silliness, but the beats are real - these songs are designed to bewitch. Performance art which revels in acerbic hilarity and ridiculousness - it's Liars for the Bi-Lo generation. I fucking love it. 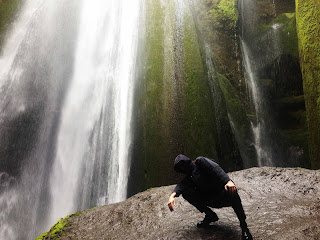 It's fitting then to segue into Yaws' newie, 'Yuek', seeing as Orlando Furious both stars and directed the video. The techno noisenik is now back in London, but his sojourn back in Australia has only helped to fuse his warped dystopias with a wider zeal... Doubt is an amazing 12" (the first release from Purely Physical, you can get it here), and this video does everything to amplify the dazzling weirdness. The Squatter board game? Cyclone screen doors? Yaws google searches, thus promotion within promotion? Orlando trance dances? A ball pein hammer? A candle in a bar fridge? The ritual to be Yaws is complete. 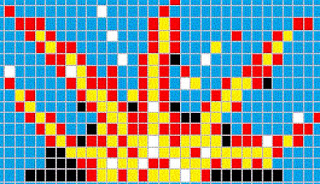 Let's finish on brand new band Life Strike, who features members of Deaf Wish, Dollar Bar and The Rational Academy. The first sounds to come out of this collaboration merges The Kinks, The Chills and The Cannanes, with a smidgen of Robert Forster there as well - warm hooks that feel evergreen, yet with a 90s Gaslight Radio-meets-Sekiden geeky-pop-with-an-edge opaqueness that throws shadows over the pastel tones. This is likely to become murkier - the boys promise apocalyptic visions mixed with noise rock and punk as well. But for now, ride these two bliss bomb waves like Snake Plissken and Peter Fonda.