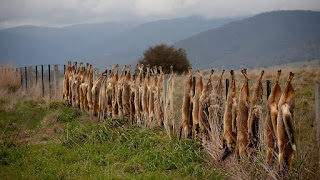 So much has gone by in the past four months that it is impossible to catch up, really. So I am going to give a series of longer posts over the next fortnight, mainly showcasing the music from Australia that I feel needs to be heard. This first one is Brisbane oriented, unashamedly so. Friends, foes, new and old, it's going to be a wild old ride. 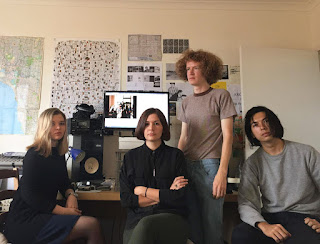 I have been a massive fan of no-wave acolytes No Sister since they burst on to the Brisbane scene back in 2013. Their sudden rise and seeming implosion was the stuff of minor legend, the stuff we didn't think we would see again. But they were not dead - Mino and Tiarney merely moved to Melbourne, roped in some more heathens, and now have released in my mind the best Australian album of the year. Their self-titled debut is nothing short of mind-bendingly brilliant. The thing about the band that has been difficult to describe to others is that there is no half-hearted aping or hacksmithery here - they are earnest about their influences, astute in their constructions and desultory in their deconstructions. Hell, they have a song called 'This Heat' - what isn't there to love? But it is more than that - the incessant motorik rhythms that stutter and shudder in and out of focus, the frayed jangle and throttled feedback, the blood-splattered and screwdriver-molested fretboard, the atonal belligerence, the confident leer, the lack of fear. Disconcerting, manic, nightmarish, and very very present. Closer 'Passing The Divide' is the apex of this - a inexorable downward spiral, evolving as it frays and dissipates, eating its own tail. It's hard to say without sounding ridiculous - but No Sister have crafted an album for those who miss Sonic Youth, Arab On Radar, indeed This Heat, and rather than getting a carbon copy, wonder what they might do if they hit the reset button. 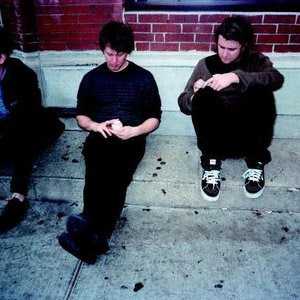 Brisbane's Sleepwalks haven't been the most prolific of acts - their debut, The Milk Has Gone Sour, came out in 2011, recorded with stalwart Steve Albini no less. They play sporadically, usually to friends, barely ever tipping over a twenty minute set time, and otherwise life has gotten in the way. In the meantime the Aussie grunge "renaissance" has fully hit its stride courtesy of hometown stalwarts and Footy Show dividers Violent Soho. Even their latest album, Kingdom, has been around for a while, sitting on the shelf - I did a piece on one of the songs off it, 'Dry Gulch', what seems like aeons ago. The boys are sparser, more angular, wonky, darker-hued, and intelligent than many of their contemporaries though, which makes Kingdom a weirder, much more enriching listen. Their Sonic Masala Fest set was rough-hewn and with a Mclusky cover to boot. Someone oughta put some money behind these guys - they could carve their own peculiar niche in the woodwork. 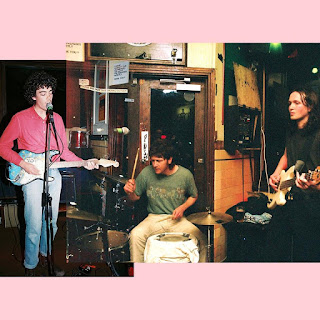 Another act that started out in Brisbane but have winged their way to Melbourne is Dag, headed by lovely stringbean and font of laconic goodwill Dusty Anastassiou. They are about to launch their new album, Benefits Of Solitude, the recordings of which feature members of Bent, Thigh Master and Sewers. This sounds nothing like those bands. It makes sense that Joe and the Bedroom Suck crew would be drawn to this (seeing Kitchen's Floor, Scott & Charlene's Wedding and Bitch Prefect amongst many others have made it through their hallowed halls), but Dusty has an inimitably iconic voice all his own that, if you believe it, reaches higher than these incredible acts manage to climb. A massive call? True - but listen to 'Staying Up At Night', a magical three minute ramshackle amble that manages to shares echoes of some of music's Antipodean heroes (Paul Kelly? David Kilgour?) and look into the grey of dawn with a melancholy eye, while imbuing all with an aura of hope that outshines such downcast musings. Benefits of Solitude won't be out until next year, but rest assured that we will all benefit from the perennial fight for that lopsided smile in the morning light that tells you that everything will be all right. Grace Stevenson from 100% (which we will hear from in a minute) has burst out into her own warped spotlight under the guise of Rebel Yell, a ice-laden techno trance dirge that remains somehow euphoric, in a synthetic dungeon fever dream kinda way. The "pop" inverse to brother-in-arms Yaws and DNA spliced with Kirin J Callinan, Rebel Yell both invites and repels; violence and eroticism offered simultaneously. Rice Is Nice seems an atypical choice for label, but her debut EP Mother of Millions is stunning in its stark beauty. Eyelids fluttering coquetteishly in the black UV before the gas filters through the bunker dancefloor - Rebel Yell grabs your cerebral vortex and never lets go. 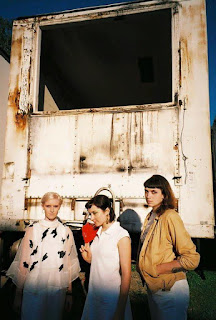 100% continues the cold synth pop bubbling under the surface of the backwoods heat of Brisbane's musical frontier, and their You Are 100% 12" (out through Moontown Records) manages to both sound intimate, distant, cheesy and otherworldly. Mastered by Roland Hlavka (Cobwebbs, Drug Sweat, Barbiturates), the tracks evoke Angelo Badalamenti, Jenny Hval, Yello, Asylum Party, And Also The Trees, Circuit des Yeux -  but all imbued with a light touch, the drabness eschewed for frosted pastel shadings. Such ebullient touches, rather than make the tracks lightweight, provide a sense of intimate acceptance oft missing from music like this. They are already getting amazing support slots over the course of the year - expect something bigger as this lands. 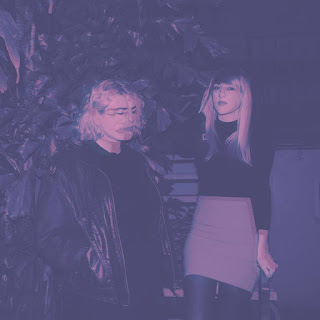 Finally, and still in the same realm, we have Pleasure Symbols, whose latest release has been picked up for distribution throughout Europe by Avant! Records, so should tell you what to expect. A lethargic coldwave classic, cavernous and clearly at home in Scandi states of mind (ie dark, cold, glittering light shimmering off translucent ice and stylised leather), 'Underneath Your Skin' couldn't be more aptly titled. The monotonous vocals carry an androgynous sensuality to them, the beats a relentless march through the urban gloaming, the guitar pinning down a Gothic tension that is pregnant with foreboding.

This is just the beginning!
Posted by Brendan T