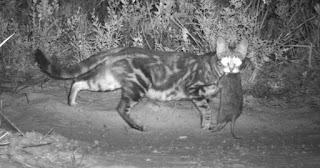 Life is rough and stuff. Time to get feral. 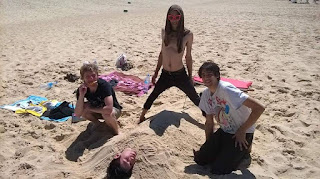 Ausmuteants won't give a shit what I write here anyway. The Melbourne punk wastoids have made that abundantly clear with their track 'Music Writers' off new record Band Of The Future (out now through Aarght!) - an acerbic vomit that pierces the bubble on critics, both of the page and from within the scene. But you can never take these guys seriously - the album title alone throws shade on their Devo shadings, carving themselves of the Marty McFly's of proto-punk's past, flitting back and forward, changing history by deliberately crushing bugs, ripping off butterflies' wings, and beating mouthbreathers at their own game. Plus BOTF builds on last record Order of Operation's clarity, injecting the slicker sonics with familiar spit, pace and leers. The rants and tantrums are as visceral and zanily ridiculous as we have come to expect, yet even more infectious, like a sandblasted canker, with that rank synth whirr throwing us into the surreal and absurd. Nailgun blasts of punk that leaves slackjawed wonder in its wake, with bumps of T-Rex glam and Boggles wrongness to ingest. In short, brilliant. (But what does any of this even mean? What the fuck would I know? Just listen to it already.) 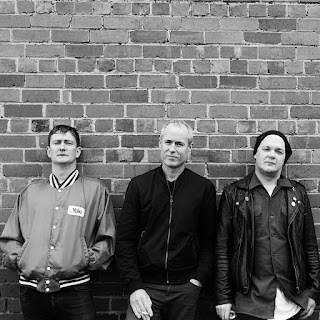 The Peep Tempel released one of Sonic Masala's favourite albums of 2015, Tales, and one of the most underrated rock acts in the country are back with a killer song and video for 'Rayguns'. A bullshit crazy newslogue purge with rolling-news lyrics, .gif ready stock clips fused to the band revelling in their zero-fucks chicanery. It comes from 3rd LP Joy, which promises to get deep into the human psyche and wade maniacally in the roiling chaos. There are still a great degree of Australian grotesquery and humour in their offerings though - opener 'Kalgoorlie' alone lends whiffs of Wake In Fright horror. And while we are at it, below this excellent video is another taste of the album (out later this month through Wing Sing Records), 'Totality'. 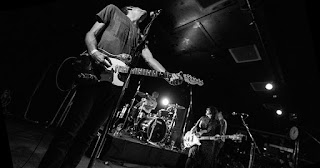 Screamfeeder closing out our second Sonic Masala Fest is still (and will always remain) a defining moment in my life. The band have continued to play together and release the periodic new song since re-releasing their albums on vinyl through Poison City Records, and 'Karen Trust Me' is the latest ebullient slice. They have their miasmic noise pop down pat - every chord change, swelling squall, cymbal crash and Steward/Lloyd harmony is present and accounted for, embedded with myriad hooks of all persuasions that it is impossible to remain impervious to its charms. It's enough to keep the withdrawal at bay until their promised 8th album in 2017. 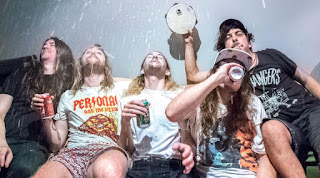 Back to the insanity then. Melbourne punk messes Mesa Cosa have crafted a pagan travesty for their film clip for new track 'Stone Bone'. Still riding the serrated ridge between raucous psychedelic and fucked-up garage rock, the madmen don marsupial, Ex-President and Simpsons masks while running rank in the wilderness, destroying their instruments, TVs and other paraphernalia to climax in a jerrycan-fuelled bonfire for the ages. The boys spend a good portion of the time with their heads impaled on sticks too. They have sold their soul, sacrificed their body bags, and lost their minds - all for our eternal benefit. 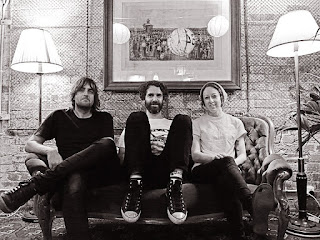 Members of Freak Wave, Iowa and Camp Cope join forces to travel back in time to flannel fuzz Valhalla in TV Haze, an act inimitably indebted to Dinosaur Jr in both rambling guitar rock and dry, warbled vocal delivery. The 90s throwbacks continue, but with this self-titled effort it feels warranted, a welcome addition that climbs to the upper echelons of their contemporaries, yet steeped in Australian music nostalgia. They are playing some massive shows in Melbourne next month too supporting the aforementioned Screamfeeder as well as playing alongside SM faves Pale Heads, Ouch My Face and Summer Flake. 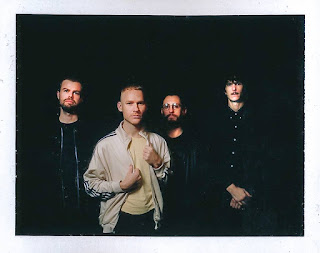 We will finish with post-punks Gold Class who are making their way back to Europe after a successful stint over here earlier in the year. New track 'Kids On Fire' feels (to me at least) a mix between obvious signifiers (Joy Division, The Smiths) and more rugged outliers (slowed motorik Hey Colossus, and The Spinning Rooms - really! - with the little guitar lick that strikes me like Joe's saxophone - maybe I just miss those guys so much). The film clip IS Gold Class - black and white, smoked lens, white on black, Venetian shadow, strobe glare. Urgent earnestness. The guys play in London at The Victoria October 26 with The Bodies - it looks to be a tense affair.