Soft Power Deliver A Rosy Crucifixion On The Wharves

Another day, another split. This one comes from the heady halls of the UK’s Soft Power Records, bringing the nations together since Andy Murray (what do you mean, he’s Scottish? He’s bloody British I’ll have you know!) This awesome album sees London 60s power pop psych acolytes The Wharves with Glasgow’s own beguiling scuzz lizards The Rosy Crucifixion, with electric results. 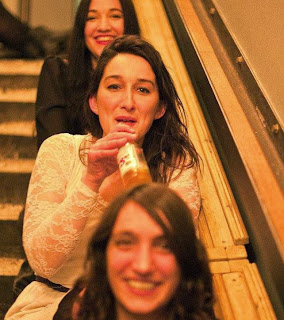 The Wharves’ side undulates from the Warpaint-swirl of ‘Thick Syrup’, the sunny bounce of ‘Unhand Me’, the seductive blues swirl of ‘Motif’, the Kim Deal-meets-Led Zeppelin dirge ‘Woodchip’, the beautiful pastoral effort ‘Past Life 1887’ – all strengthened by the double-helix soar of twin vocalists Gemma Fleet (bass) and Dearbhla Minogue (guitar) and pounding metronome of Marion Andreau’s drumming propels everything down the rabbithole. It’s exhilarating stuff, especially the haunting grind of closer ‘Deepwater Horizon’, and this is greatly tempered by the rusted coil sensual tension inherent with The Rosy Crucifixion’s efforts. 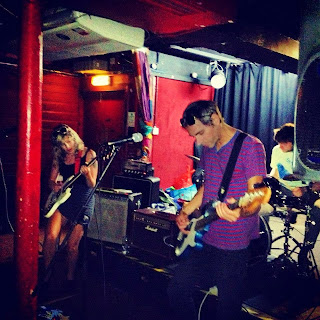 Emily MacLaren’s guitar lines are sinful as hell, and that voice has been gilded by the Devil himself to ruin many a good man, myself included. ‘Do You Right’, ‘Lose Yourself’, ‘Sinners’, ‘Hot In Your Head’ – this shit should be illegal for the virile masses (I’m glad it isn’t though – any more illicit and I’d perish). Stuart Evans’ bass follows the cues, making the debasement unavoidable, before Conal Blake pummels you into submission, the trio stealing your wallet and dignity but not your smile and eternal thanks. 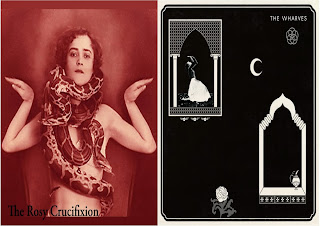 You can get the split 12” here – great stuff. The Wharves are playing in London tonight to launch the split at The Macbeth, alongside Warm Brains, Blood Of The Bull and Gold Bars. See you there.