Bringing The Wooden Shjips Back To Land (PREMIERE VIDEO) 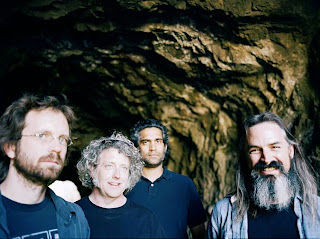 My pink vinyl copy of San Francisco psych wizards Wooden Shjips’ new record Back To Land (out through Thrill Jockey) sits at home. It came in the day I left Brisbane for my English break. So here I am, in a Crystal Palace café, writing about the digital copy, imagining it spin in fairy floss revelry on my Aldi-sponsored turntable – it’s a great thought, because (unsurprisingly) this is a great album.

That said, not everyone will agree. There seems to be a trend of recent years that the lords of this particular rock domain – The Black Angels, Dead Meadow – have softened their droning edge, imbuing more pop and folk to their hardline regiment to the detriment of the foundations to the genre that they had forged out of relentlessness and marijuana smoke. In some ways I agree – Black Angels’ later albums haven’t had that immediate heft that the likes of Passover and Directions To See A Ghost held. Yet Back To Land has copped some criticism for being repetitive. Umm…hello? Isn’t that largely the point of these types of bands? They build an atmosphere, a ruthless rhythm with which to be taken away, never to return? It seems ridiculous that such an assertion be made about Wooden Shjips. Back To Land is an album of constants. You know that Ripley Johnson is going to drone on with his reverbed vocals; he will wail away on the guitar; Nash Whelan's sonorous organ (most likely wrapped in Alfoil); the metronomic drum/bass combo of Omar Ahsanuddin and Dusty Jermier... But the beauty of Wooden Shjips for me is their innate mastery of the groove - their incessant insistence that the groove stay well and truly in place, without much variation, but enough to evoke a shift in tedium, in motion, in space, so that the mood and atmosphere transforms without knowledge of such a change taking place. The languorous psych rock with pastoral imaginings 'These Shadows', the motorik urgency of 'In The Roses', the distorted whimsy of the excellent 'Everybody Knows' (the video of which is Premiere below!), the sunny warble of the title track - it's an album of tonal increments, of shimmering beauty, of transient glory, all with infinite replay value. Absolutely nothing to disagree with here.

Wooden Shjips played ongside labelmates Kandodo last night at SCALA in London. It was as spaced out, audio-visual and excellent as you can imagine. My musical sojourn into the haunted halls that was my time here 08-11 has begun. 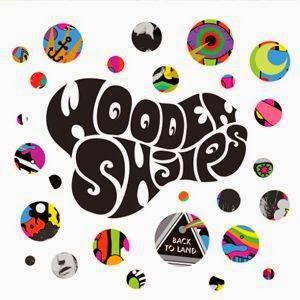 Back To Land is out now - get it here.