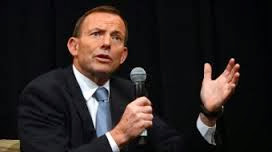 It's pretty hot in Brisbane today. I have no memory of who my secret Santa is anymore. But there's some things I'll never be able to forget about this year (in no particular order and with some of them actually released last year):

Violent Soho - 'In the Aisle'

Violent Soho have killed it this year. There is something behind this that I still can't quite put my finger on. That's a good thing. Plus, I can find no better contender for a nude bike riding anthem.

This is the first Parquet Courts track I ever heard. I went straight home and ordered the album on the strength of it. The best feedback of the year. The best solo of the year.

The White Walls album spent the most time out of any on my player this year. There is a dirge that runs through these gems. The tone at 0:40 here is un-fucking-believably good.

From most played last year to an early contender for next year already. Brendan told me he listened to this 16 times in a row. I didn't believe him. Then I listened to it. Then I believed him. The I listened to it  fifteen more times. The bass tone at 3:17 could surely be used in place of a defibrillator.

This Pop. 1280 record is also full of all things good for the soul - especially 'Nailhouse'. I was listening to this on headphones in my lounge room so that my housemates could hear the telly. Too bad for them when the "in a nailhouse" part came along. If I could do this on Karaoke, I would go to Karaoke every night.

The Yes I'm Leaving we put on at the Waiting Room this year was really up there for me. And this song live is a revelation. If you haven't got Mission Bulb, don't worry. Tenzenmen have got your copy (and the Yes I'm Leaving back catalogue) waiting for you.

Though technically released in 2012 - same with the Whitewalls album, actually... - I only got 'round to listening to this this year. I love bands who aren't afraid to hold a groove for as long as needs to be held.  I don't know anyone who doesn't appreciate the 'Wasted days' sentiment either.

Oh, man, talk about feeling good about music in Brisbane this year. These guys are bloody legends who write bloody great pop songs. The album launch at the Beetle Bar was a damn love-in. And rightly so! When do Dollarbar get there plaque on Brunswick street?

Another singer who writes bloody good, bloody clever, pop songs. Never have I smiled so much after hearing a song. I fucking hate gardening and now have a legitimate excuse in the medium of song. Hedging on genius.

Genius again here. Evil Genius. A Bat Pisses on a dude. This band is formed. If there is a necessary connection between animal urine and insanely rad music, here's hoping for further such incidents.

The Spinning Rooms at the Waiting Room (and then at Tym's the next day) was the best gig of the year for me. Hands down. Frenetic, pacing, torpid they are really something to behold.


If I've forgotten anything (which I have), I blame the weather. And budget cuts to my brain.
Posted by Unknown