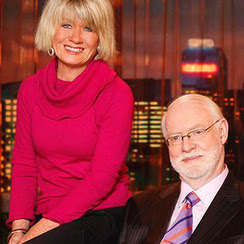 A couple weekends ago I was at ATP Melbourne. What a blast! But I also missed some of the greatest film clips on Rage courtesy of iconic reviewers Margaret Pomeranz and David Stratton, highlighting the foundations that a lot of today’s great innovative filmmakers cut their teeth on. It’s this kind of retrospective that really makes you appreciate the music video platform. That, and rewatching The Woken Trees’ ‘Yells’ clip yesterday. So today, here are four more good little music videos to lose yourself in (and lose some valuable work minutes while you’re at it…)

I thought we’d start with one of the bands I saw whilst missing the said Rage special. After a twenty year hiatus, Berlin-based Australian (maybe?) art band Crime & the City Solution are back, led by Simon Bonney and featuring the likes of Dirty Three’s Jim White on drums. They were underrated to the point of forgotten in the wake of the rise of the likes of Nick Cave & the Bad Seeds (now ex-Bad Seed actually convinced Bonney to move to England at the genesis point of Crime…, whilst Rowland S Howard played guitar with them, and they even play in Wim Wenders’ excellent Wings of Desire in this guise), even though they bore many similarities. Now they are back (having relocated to Detroit for the most part) and playing fairly solid sets (it wasn’t always my cup of tea, but there were some old crackers and some new growers, and White is always a delight to watch, one of the most underrated drummers in rock history), they are releasing a new record in American Twilight (the title track, when played at ATP, reminded me of a less aggressive Girls Against Boys, which was a huge surprise…). ‘Goddess’ is the first single off it, and although buoyed by fairly jubilant lyrics (Love the light of which you give / A human touch eternal gift / Against the dark a gentle face / I celebrate your sensual grace /Oh Goddess), it remains a roiling psych-inflected tune, and the video accentuates this. Whilst I'm not entirely sold on the new stuff, it at least has shone a light on a band that were incredibly undervalued when they were at their peak – well worth peering into the back catalogue.


Now here is an interesting thing. I'm not sure if I'm a fan of Sherpa, a psych pop band from Auckland, New Zealand. They appear to be following in the footsteps of like minded (and bizarrely NZ-led) acts Unknown Mortal Orchestra and Opossum, yet I’ve only heard this one track. I wouldn’t have paid it much mind to be honest – but this bonkers film clip, done on the cheap, sold me and then some. This is like a 90s bad paisley psych band, taking barbs that went stale in the 90s, which somehow coalesces into that netherground of good trip/bad trip unease. A lot of fun – let this Sherpa lead you where it may…


Two bands close to home – now for one that is distinctly Australian. Circular Keys is a duo that delve into dreamy, ethereal synth soundscapes, and their video for ‘Possessed’ is just as otherworldly – evoking the fear of isolation in nighttime lockdowns (in this case, a storage facility), an overtly-frilled-and-laced hotel and a ghostly beauty navigating it all. True comedown.


Finally we have Hotel Mexico, who are from where? Kyoto Japan, of course! This new track from the six-piece is everything that the hipster masses love – the 80s synths with slight wear and tear, distorted reverbed vocals with female backing vocals humming just under the mix, and a film clip that is obtuse and looks shot on VHS, Harmony Korine-lite. I should despise this on principle. But this track ‘AI In Dreams’ is a lot of fun – not least because the band, dressed up in faux zombie chic, look like they are having such a good time. The bands that enjoy making music – regardless if it’s in a genre that irks me – tend to imbue their sounds with the kind of joviality that pushes them to the top.