Iceage Proves You Are Nothing 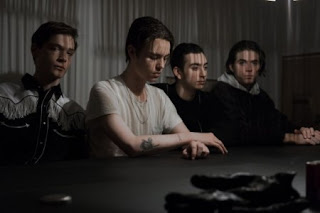 Young Danish punks Iceage took the world by storm with their nihilistic (I have been using that word a lot recently – I'm definitely in that mode right now) debut record New Brigade. Picked up by globetrotting tastemakers, the quartet found themselves spending much of 2012 playing the US and Europe, cracking out stifling, antagonistic 15 to 20 minute sets, looking bored of the types of crowd they were attracting, barely allowing an emotion to crest the surface over derision. If anything, this further amplified their relevance. I overheard a few people at Barden’s in Dalston in December talking about them, remarking that they had seen them twice and hadn’t lightened up. I almost spat out my beer (but didn’t – that would be a waste). Why like something if you want it to change? There are many arguments to be had over that question alone, but posit this – Iceage have hit a chord because of their disparity, their atonal apathy that dissolves into abject anarchy at the flick of a shorting switch. They are mirroring many of the abject horrors of the disenfranchised, which is what punk rock is supposed to embody anyway.

Then last year they signed up to Matador, and breaths were collectively held. Is this the “lightening up” that those “fans” so desperately wanted? Will this be a selling out? Or will this be an emancipation, a freeing moment for the band to truly expand on the feelings of isolation and simmering aggression that fuelled their creative wellspring?

The result is You’re Nothing – and it has somehow done it all. The selling out part is meant in the most literal sense – they have harnessed themselves to a label that has past and present experience in nurturing important and innovative punk and hardcore (Mission of Burma, Unsane, Fucked Up). Elias Bender Rønnenfelt’s still plays like a modern-day Ian Curtis embalmed in spit, venom and (W)ire, his jagged vocals at once fierce and droll, yet his presence is more forceful, more deliberate, and this fact alone tells us how focused and distilled the Iceage medium has become. Thus many of these tracks are still as breakneck, abrasive and unrelenting as is to be expected, yet there is a channelling of forces in tracks like the closing title track and ‘Burning Hand’ that puts you inside the songs, rather than just riding the wave of their aggression. The music is still hovering on a knife edge, threatening to implode under its own wanton destruction – yet unlike New Brigade, you never really believe it will. Iceage are still a bunch of boys headbutting the walls of their perceived oppressions, yet with You’re Nothing, they are more likely to come out on top. Not that they give a shit either way – and that’s what makes it all the more viscerally appealing. 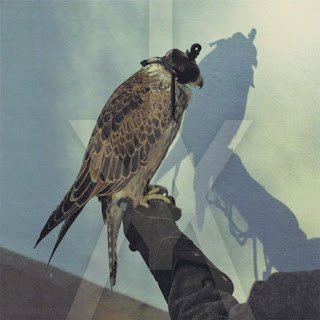 You’re Nothing is out soon, pre-order it here.