Arbouretum Come Out Of The Fog 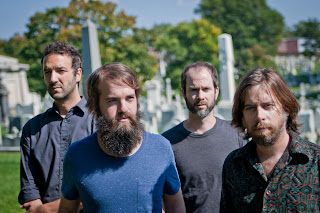 Baltimore’s Arbouretum have covered most sub-genres within the rock spectrum over the course of their eleven year career. Yet there has been a smoky bonhomie ever-present in the music that, whether pared back or tearing apart the speakers, always underlined the fact that they were earnest songwriters, searching for the perfect way to convey their viewpoint of the world.

Coming Out Of The Fog is their fifth longplayer, and it focuses more on conciseness. It still remains a heavy mix – 'The Longest Night' and 'The Promise' have solos that are unrelenting – but the tracks don’t trail out as much (‘All At Once, The Turning Weather’ stands as the longest track at 6:47), the drones and drags reined right in. What’s left are eight doom-laden songs that still wallow in the direr side of human nature that frontman Dave Heumann revels in, but with a coiled precision that amplifies the darkness that belies these apocalyptic tokens of Americana and the Self.

Lyrically, it’s typically verbose, and obtuse – intent on focusing on the murkier regions of the human psyche, Heumann focuses on everything from futility to the story of St Simeon, who lay on a pillar for 37 years to experience death, in order to experience life and God. Sonically, its cyclical – repetition is key, with thumping, plodding drums (not a disservice – such efforts are perfectly in sync with much of the dirges that are on display). As an overall package Coming Out Of The Fog is a rocking album in delay overload, full of loaded imagery, smoke and mirrors, and a swirling repetition that evokes the best of Besnard Lakes at their dirtiest, or even Neil Young on his Crazy Horse (especially on a smokier track like the country-tinged winner ‘Oceans Don’t Sing' or the elegant closing title track). 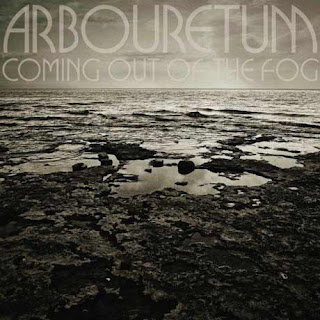 You can grab Coming Out Of The Fog (out through Thrill Jockey) here. Arbouretum are launching an European tour next week, playing some usual haunts (London’s Corsica Studios, Dublin’s Whelans) and some not so usual (Clonakilty in Ireland, Hasselt in Belgium, Savignano Sul Rubicone in Italy). If you’re a fan and can get to one of these more out of the way shows, I highly recommend you do. Check the list below.