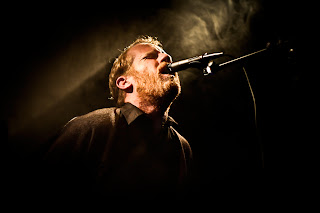 The way I came to Starving Weirdos/RV Paintings alum Brian Pyle's solo output under the pseudonym of Ensemble Economique holds its roots in getting into drone in 2008. I came across his debut At The Foot of Nameless Roads and was floored by the variations on what drone could be, just within this one piece. Since then I have floated in and out of his output (thanks to Paul I was all over the brilliant Psychical) and been able to shine a light on this enigmatic yet entrancing sonic explorer.

EE's latest release is The Vastness Is Bearable Only Through Love, out through Shelter Press. Such a title is typically allusive, as it precipitates a miasma of acidic, caustic sounds that drill into your inner core, fuelling unease, pushing the needle into the red until the rhythmic undulations claw at the undercarriage of your brain. The haunting piano line in the title track (that takes all of one side of the 12") is, in my opinion, the coup de grace - a touchstone on the most eerie ghost stories, it proves to be more sinister than the metallic blips, shudders and hisses that it mingles with. A study in paranoia and insanity, this track is unnerving in the truest sense.

The two tracks on the B-side don't quite live up to this nerve-grating precursor - 'All That Remains Is Dark Sky' is the arbitrary fallout from such an aural marathon, a wasteland of white noise and undulating synth; whilst 'Something New Is Happening' is exactly that, a hint of a densely-layered silver lining flickering at the edge of the abyss...but to what end? The Vastness Is Bearable Only Through Love is an endurance test, one where the Machiavellian machinations of Ensemble Economique don't become clear until the album is fully ingested - and possibly not even then. Is this what the future sounds like? If so, my nightmares are much safer places to be. 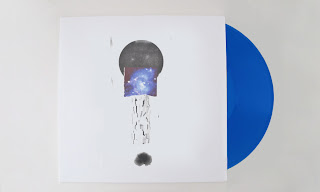 You can pick up The Vastness Is Bearable Only Through Love here - it's in sexy blue vinyl to boot.