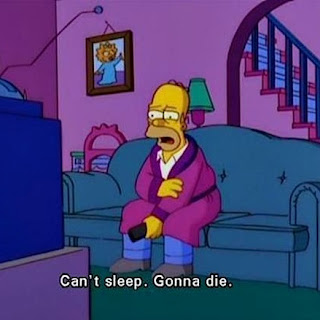 I've been having trouble sleeping lately. Partly to do with the fact that I'm recovering from surgery, true – but also because its less than a week before ATP in Melbourne. The playlist is a-comin, but to tee things off, I had a pretty high watermark moment last week. I got to interview Aidan Girt, he of Godspeed You! Black Emperor. The only print interview in Australia! I can’t claim that it was an easy interview, or even my best – but it was good enough that he extended the twenty minute interview by an extra twenty, laughed a lot, and really seemed to enjoy talking about Crass and Chuck D. So the excitement is palpable. Couple that with the anticipation of seeing said band at ATP (on top of soooooo many other top notch acts, not least of which are Swans and My Bloody Valentine), but also tomorrow night at the Tivoli – its too much! My lil ticker can barely take it – and my head surely cant. Ill try to calm down by seeing Thee Oh Sees on Thursday – who am I kidding? ITS GREAT TO BE ALIVE!

Ahem, but here are some other reasons that life is pretty sweet – it’s Hits From The Box time. 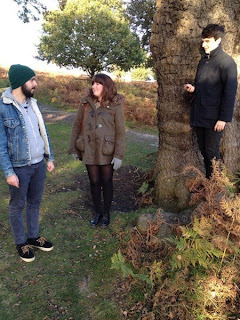 Let’s start with Earth Rod. I know very little about them, other than they feature members of Leicester sluggers Thee Ludds who I have featured in the past and am a big fan of (funnily enough it took their split with The Growlers for me to discover the latter band – and that was a special moment indeed – I still can’t get enough of their ‘Graveyard’s Full’ track). The trio have a few trashy tracks for perusal, and they are understandably fast paced, cacophonous and shambolic fun. 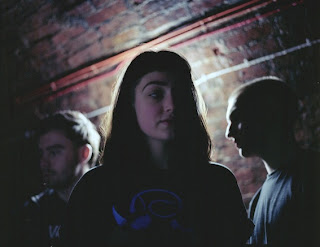 Not far away in Nottingham is the teenage trio Kagoule, whose Monarchy/Mudhole 7” comes out through Denizen Records at the end of the month. There is a lot of wild noise here, yet it is all reined in, a controlled anguish, shoegaze without the gazing at shoes; grunge without the flannelette; post-punk without the leering contempt and social commentary. Yet none of those omissions prove to be costly – this is a dreamy yet ominous form of rock that avoids being airy or self-important. It’s an impressive little record, with a lot of gravitas emanating from a band so young. Definitely keep an eye out for these guys – their debut record (out later this year) could be a sleeper gem. They also are launching the single in Nottingham on Saturday, with a Midlands romp over the rest of the month – check em out if you can. 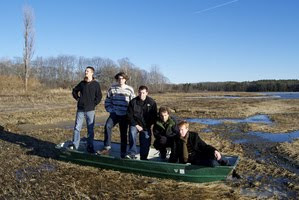 Let’s change tack. Wry Climate are a guitar-driven indie rock band from New York that is more in line with the likes of Beach Fossils and Lotus Plaza, albeit more inclined for swirling feedback fades to fill in the gaps between understated contemplations. ‘Comfort Decay’ certainly fits that reference to Lockett Pundt’s solo endeavours, but there is an elongated sprawl here that evokes his “day” band Deerhunter, awash with colour and light as it soars above the sawing guitars. This is the first taste of an upcoming EP – jingle jangle. 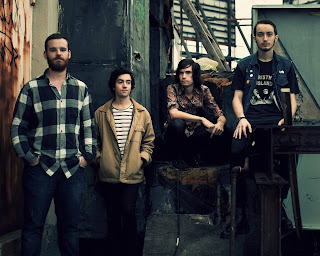 Hailing from Brooklyn, and mining similar territory, is quartet Lazyeyes. Their EP is out now, and whilst this isn’t as clean cut and relies on reverb too much (it’s an effect that is becoming too much of a fall back without adding enough to the equation), these four tracks hold indelible hooks. Again, that Beach Fossils connection could be made, or even early Dylan Baldi if the bubblegum had soured earlier, but he hadn’t discovered his 90s rock roots. Its moody and melodic, shimmering in the distance, a mirage within the concrete jungle. 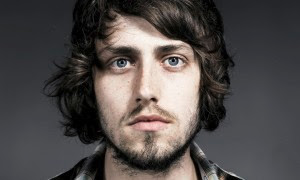 Back to England now – the village of East Malling, to be exact. Its south-east of London, looks nice on Google Earth. Anyway, Tom Greenwood contacted me about these tracks he started playing with a couple of days before New Years Eve. On New Years day, whilst most were nursing headaches, heartbreaks or the toilet, he endeavoured to write an entire album. Ambitious – I was too busy watching Gremlins and drinking ale at a pub in Wimbledon next to a wet shaggy dog. There is a album in that too, probably…anyway, this is the first taste, ‘Give Up’. I hope he doesn’t take on his song title, because this is a warm and soaring track about persistence – it’s actually fairly life-affirming, in a finger-snapping, lysergic kinda way. it's got heart, and I’m won over, at any rate. I'm looking forward to the next instalment to this NY burst of creativity. (Seriously though – write a song about watching Gremlins and drinking ale in a pub in Wimbledon next to a wet shaggy dog). 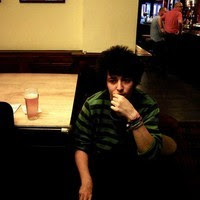 And not far away, in Bristol, we have Joe Sherrin AKA Milo’s Planes. Sherrin drums in both Let’s Kill Janice and Me, You & Thomas (both bands being on the Howling Owl Records roster), so he is a dab hand in the local scene. Milo’s Planes has been the name for his solo material, but this time around he has fleshed it out some. In the past year alone he has written an album and 4 EPs worth of material. This is his latest set of demo offerings, initially only intended for Sherrin’s girlfriend before she convinced him to show the world. It’s all recorded into one microphone in his brother’s room, hence the overriding ride cymbal – yet it all complements each other. There is a laconic griminess to these recordings that fit in well with Sherrin’s songwriting, a mixture of DC garage punk and indie off-kilter melody – think of a more dissonant Superchunk or Black Lips doing Pavement covers. I really like this stuff – it’s the ground zero of something that could be quite productive. Hey, I really didn’t like Yuck when they first came out and they turned out pretty good – this has similarities, yet I'm already a fan. Can’t go wrong there.