Screaming For Cute Mutants In Skimasks 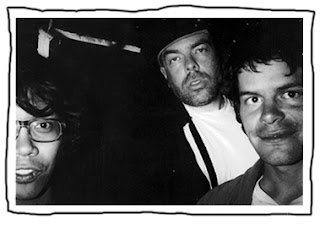 On the 12th of the 12th of 2012, Sophomore Lounge (alongside Infinity Cat and 100% Breakfast) put out Cute Mutant, the LP from Boston noise terrorists Skimask. Voice terrorists, more like it - the two vocalists (one spitting lyrics that are so distorted that it feels like Jon Spencer ate a supermarket intercom, the other manipulating guttural noises) are the instruments, with the only other common denominator is the drumkit. That's right - no guitar or bass, the incessant noise is all from a dude's throat with effects pedals a-go-go. It makes for something wedged between Foot Village or Lightning Bolt - sure the drumming is nowhere to the same level frenzy, but the seemingly ad-hoc (and definitely crazy) song structure and feverish compositions are akin. The end result - Cute Mutant is a quivering swamp monster, fuelled by electricity and madness, feasting on dubious souls and spitting them into the converted masses' open mouths. That's not so cute, now, is it? 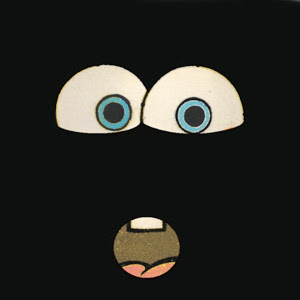 Grab Cute Mutant here. I have no idea what it means, but it somehow rocks, and is replayable. You've gotta fucking love that then. And if you are in Boston, and these guys are playing, put your riot gear on and GET THERE.