A Milk Teddy With Real Zing 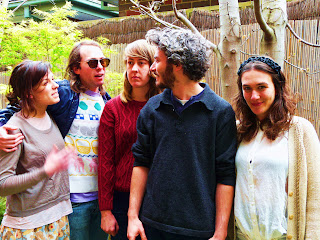 I wouldn't exactly say I snoozed on Zingers, the debut (and apparently long-awaited) record from Melbourne trio Milk Teddy, out through Lost & Lonesome and Knock Yr Socks Off. It's that I had never heard of them until Lost & Lonesome sent through the record in December. It only took one revolution for me to be a convert, yet my trip to Europe and subsequent hospitalisation delayed my revisit. But it's important that I air my thoughts, because Zingers is a record that stands apart from a lot of the good music that Melbourne, and indeed the rest of Australia, is tapping into, mainly for their inability to sit still. No one song is the same, which is refreshing and frustrating in equal measure. I hate it when a band becomes too monotonous and staid, but too much genre hopping can indicate a band without any focus, identity or form. Yet most of these tracks - whether delving into 80s guitar pop a la the obvious-titled 'XTC', to the Flying Nun flicks of the title track, to the dreamy reverb drenched doo-wop of 'Michael' and soaring synth euphoria of 'Night Worker'. It's all taken with a liberal dollop of irreverence, and Thomas Mendelovits's vocals anchor everything together (reminds me of a mix between The Shins' James Mercer and Real Estate's Martin Courtney).

There has been considerable efforts to lump these boys into the Twerps/Dick Diver set, yet such shoehorning is unwarranted (only the title track really comes close to such a mind set). There is far too much variance to apply such reputations on Milk Teddy. Yet the murky, underdone production of Zingers has copped a bit of stick, and for good reason - at times such an understated approach dulls the impact of these songs. Which has put them to the forefront of bands I need to see live - if these tracks are this good without a clear production, imagine what it'll be like on stage. 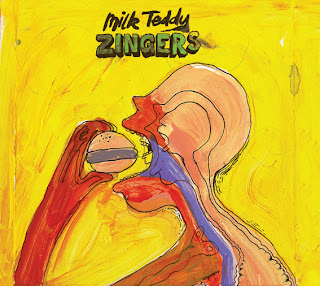 You can grab the ever intriguing Zingers here. This is the kind of album that will grow on you, I feel. Give it a slug.